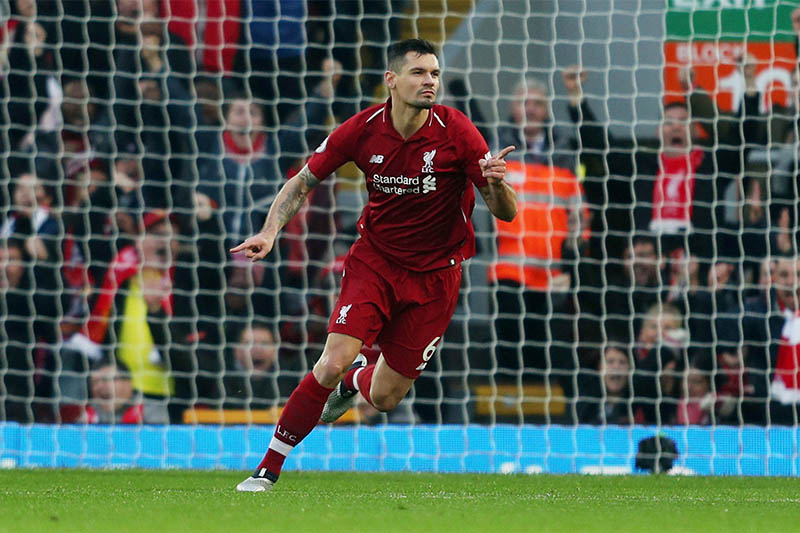 LONDON: Liverpool's Croatian defender Dejan Lovren will have to spend some time on the sidelines after suffering a hamstring injury in Monday's FA Cup third round loss to Wolverhampton Wanderers.

Lovren went off in the sixth minute and had to be replaced by 16-year-old Dutch defender Ki-Jana Hoever.

“(It is his) hamstring, is what I heard - without any signs before. I asked everybody, no signs, nothing, just out of the blue, so that’s the decision you have to make," said Klopp when asked about Lovren's injury.

“I am not sure what you all would have said if immediately from the beginning if our centre-half situation was Fabinho and Ki-Jana; then probably a few very smart people would tell me that I don’t respect the competition or whatever," said Klopp.

“So, we tried to do all the things (we could). Of course, on the other hand it doesn’t make sense to bring in a 16-year-old boy from the start. You don’t bring him, you wait until he is completely ready, but he did well. That’s how it sometimes starts - when you are really needed then it is only about if you are good enough and not how old you are.

Klopp was unable to say how long Lovren will be out for.

Liverpool, whose lead at the top of the Premier League was cut to four points after last week's defeat by Manchester City, are away to Brighton on Saturday.

Klopp said his decision to field a weakened side against Wolves had been influenced by illnesses suffered in his camp.

"After the City game we immediately had a few players who were ill, who showed a sore threat and all you can have in this period of the year. A few of them were not even in (training) after the City game, so there was no chance," said Klopp.

"Pretty much all the players who were not here today had little problems, apart from Ali (goalkeeper Alisson Becker).

"The problem is, we played a similar line-up and had three tough games in the last couple of weeks, so it was clear we had to change. That’s it, that’s all."