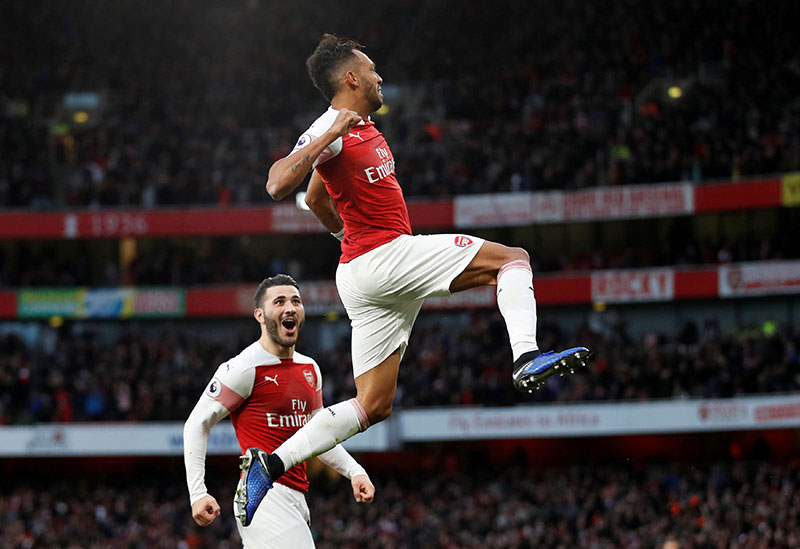 LONDON: Manchester United manager Jose Mourinho expects a difficult test against Arsenal in the Premier League on Wednesday but he suggested on Tuesday that his opponents may be fresher because they are playing in the Europa League.

Arsenal climbed to fourth after an impressive 4-2 win over Tottenham Hotspur on Sunday but Mourinho was quick to point out that the Gunners had been able to keep key players fresh for big games by rotating their squad in the Europa League.

"Yes it's different... and a difficult match for us. We're going to play a good team in a good moment without accumulation of matches because they're playing Europa League," Mourinho told a news conference.

"When you play Europa League, you normally play with second choices and give good rest to the players. We have to play to the max and there is an accumulation of matches," added Mourinho, whose side have been playing in the Champions League.

"Then you arrive in this moment in December and many teams pay the price of that. That is not the motivation you want as a team but to develop players fresher is a good way to do it."

United clawed their way back to draw 2-2 draw at Southampton in their last game but have not won in the league since beating Bournemouth 2-1 in November.

They are seventh with 22 points but Mourinho backed his side to leapfrog Everton and secure a top-six finish.

"United should never be in seventh place... the investment Everton made was phenomenal and obviously there was a great improvement in that team from last season," Mourinho added.

"I don't think Everton will be in front of United at the end of the season. There are six teams that should stay in the first six positions, season after season. Two are outside the top four. Last season, it was Arsenal and Chelsea.

"At the end of the season the top six will be done by the six teams we all know have that responsibility to finish in the top six."