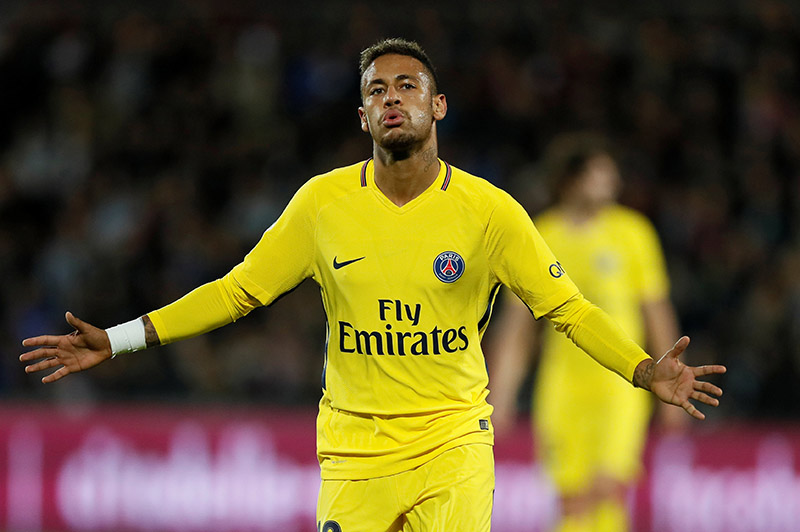 PARIS: Neymar has been included in Paris St Germain's squad for Wednesday's Champions League game against Bayern Munich after recovering from a foot injury, coach Unai Emery said on Tuesday.

The Brazilian's return fuelled speculation over whether the Brazilian forward or Edinson Cavani would take a penalty if the French club are awarded one during the Group B game at the Parc des Princes.

The two players argued in the 2-0 win over Olympique Lyonnais nine days ago when Neymar tried to take a penalty instead of Uruguayan Cavani, who eventually had his spot-kick parried away by the keeper.

"Neymar is in the squad to play the game tomorrow," Emery told a news conference.

Neymar, the world's most expensive footballer, missed PSG's 0-0 draw at Montpellier on Saturday as the team dropped their first points of the season in Ligue 1.

Neymar and Cavani are likely to start alongside Kylian Mbappe in a 4-3-3 formation and Emery said he had discussed the penalty situation with the players.

"I spoke with each of them and they know how things will happen," the Spanish coach said.