No white flags will be waved at Anfield, says Klopp 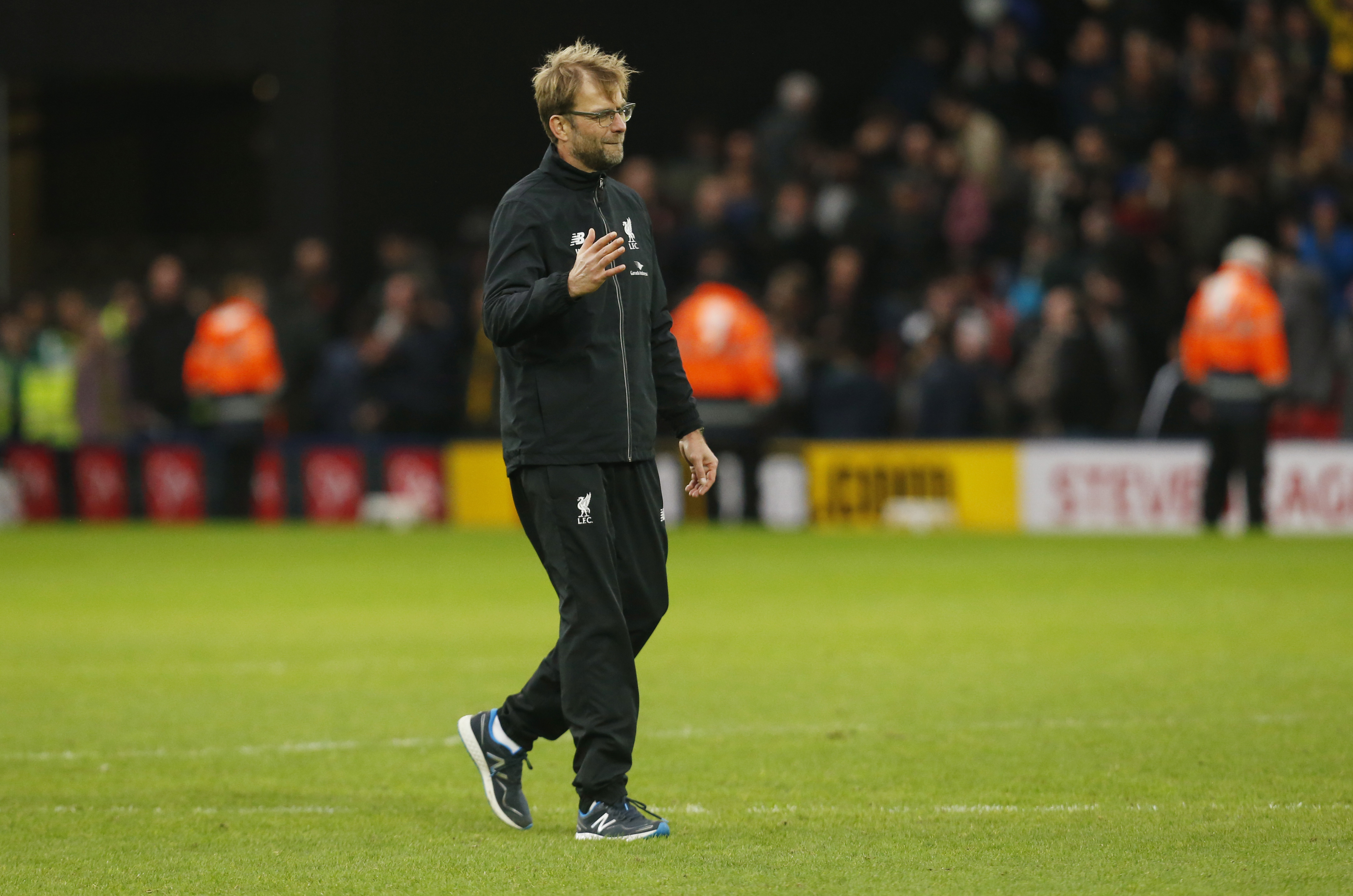 Liverpool manager Juergen Klopp at the end of the game against Wartford at Vicarage Road in December 20, 2015. Photo: Reuters

LONDON: Manager Juergen Klopp has urged his players to come out fighting and impose their never-say-die attitude in Thursday's Europa League second-leg quarter-final against Borussia Dortmund as they look to end their four-year trophy drought.

Having led Dortmund to two Bundesliga titles and a Champions League final, Klopp will now hope to end the German side's Europa League hopes and heads into the clash with a slight advantage after drawing the first leg 1-1 at Westfalenstadion last week.

"It's always about being brave but especially with a high-quality team. If they get their confidence up you get smaller. You have to have your own moments. Every moment can impact confidence," Klopp told reporters on Wednesday.

"Forget about last week and we will face tomorrow night with a new attitude. We won't be flying a white flag. (Dortmund) can play better but so can we. We need to do better tomorrow night."

Klopp played down the importance of the away-goal advantage and said his side would not settle for a goalless draw, even though that result would send them into the semi-finals.

Liverpool will be without captain Jordan Henderson and striker Christian Benteke but Klopp said he had no new injuries to contend with following their 4-1 Premier League win over Stoke City on Sunday.