Pacquiao ready to hang up gloves 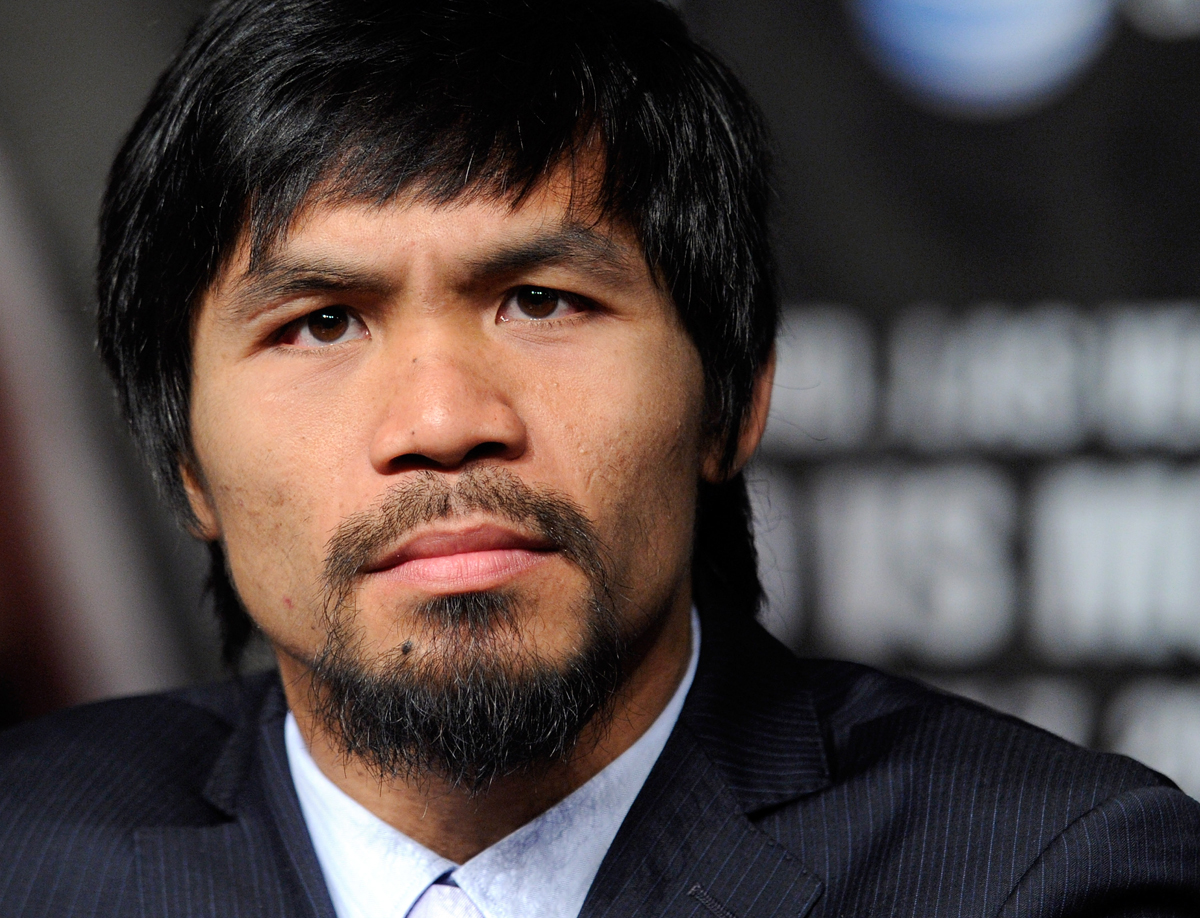 LAS VEGAS, NV - MAY 04: Boxer Manny Pacquiao appears during the final news conference for his bout against Shane Mosley at the MGM Grand Hotel/Casino May 4, 2011 in Las Vegas, Nevada. Pacquiao will defend his WBO welterweight title against Mosley on May 7, 2011 in Las Vegas. Photo: Ethan Miller
Los Angeles, September 4 Manny Pacquiao's promoter Bob Arum says the Filipino boxer is ready to hang up his gloves after one more fight in 2016 and then make the switch to being a full-time politician. Arum told the Los Angeles Times on Thursday night that the 36-year-old Pacquiao wants to get on with his political career and run for the Senate in the Philippines. "I believe he'll take one more fight, then run for the Senate in the Philippines," Arum told the newspaper in a telephone interview from China. "He could fight twice more, I guess, but it sets up better for him to fight, then run." Pacquiao lost a unanimous decision to Floyd Mayweather in Las Vegas four months ago in a fight that Pacquiao fought with a torn rotator cuff in his right shoulder. Pacquiao then underwent surgery after the Mayweather fight which generated a record 4.4 million pay-per-view buys. Arum told the Times it is unlikely Pacquiao and Mayweather could fight again. "From what I've heard, Mayweather is retiring," Arum said. "I guess they could fight again, but many things would have to happen." Mayweather has said his next fight against Andre Berto on September 12 in Las Vegas would be his last, but few are taking him seriously after he made the same claim about several of his most recent title fights.
#Los Angeles #Manny Pacquiao
You May Also like: