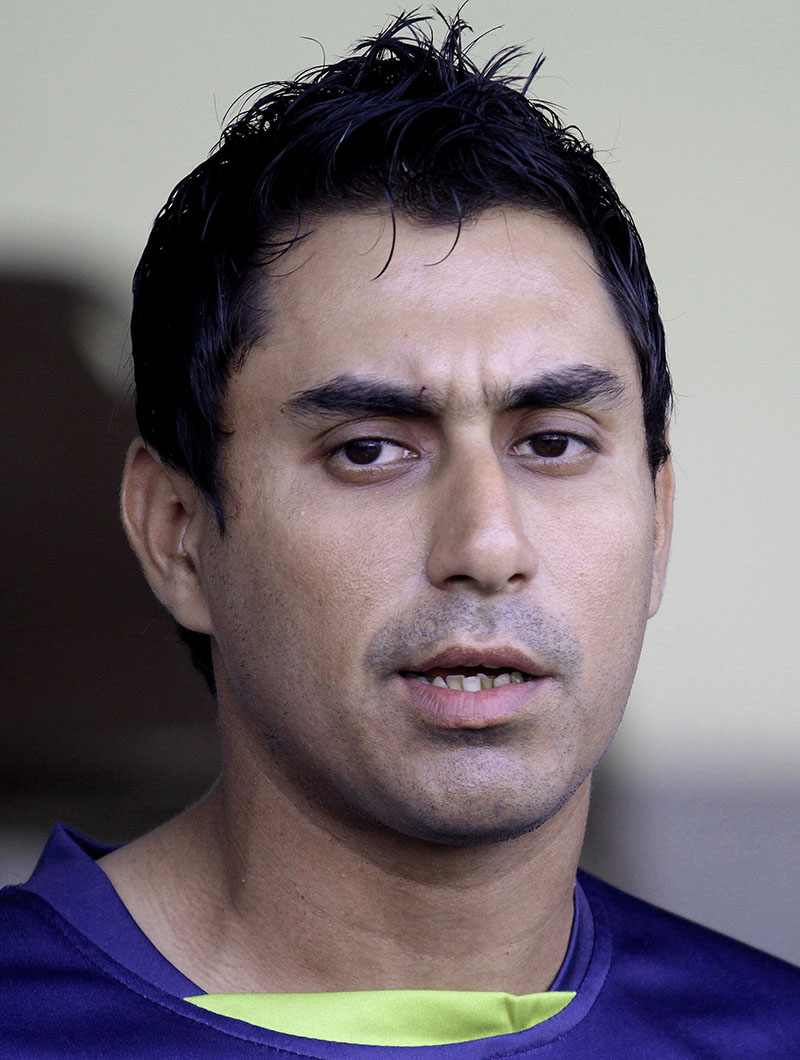 FILE - Pakistan cricketer Nasir Jamshed speaks during a press conference in Lahore, Pakistan, on Monday, February 9, 2015. Left-handed opening batsman Nasir Jamshed became the third player to be provisionally suspended by the Pakistan Cricket Board on Monday in its on-going investigation into corruption in Pakistan Super League. Photo: AP
ISLAMABAD: Opening batsman Nasir Jamshed became the third player to be suspended by the Pakistan Cricket Board on Monday in its investigation into corruption in the Pakistan Super League. Jamshed is not part of any of the five franchises in the PSL, and the board didn't clarify his involvement in the scandal. Jamshed was suspended for violating the board's anti-corruption code, it said in a brief statement. He has represented Pakistan in two tests, 48 one-day internationals, and 18 Twenty20s. But the left-hander has not played an international since the 2015 Cricket World Cup. Last week, Islamabad United's Khalid Latif and Sharjeel Khan were suspended by the PCB for breaching the anti-corruption code and returned home from the United Arab Emirates, where the league is being played. Sharjeel and Latif will face a hearing soon, PCB chairman Shahryar Khan said on Monday Shaharyar said another Islamabad United player, Mohammad Irfan, was also being investigated, and he will be served with a notice "in a day or two." The PCB has also questioned Zulfiqar Babar of Quetta Gladiators and Shazaib Hassan of Karachi Kings. However, Irfan, Babar, and Hassan are free to compete in the meantime.
#Pakistan #corruption #Pakistan Cricket Board #Pakistan Super League #Nasir Jamshed #Pakistan Super League corruption #Pakistan anti-corruption
You May Also like: