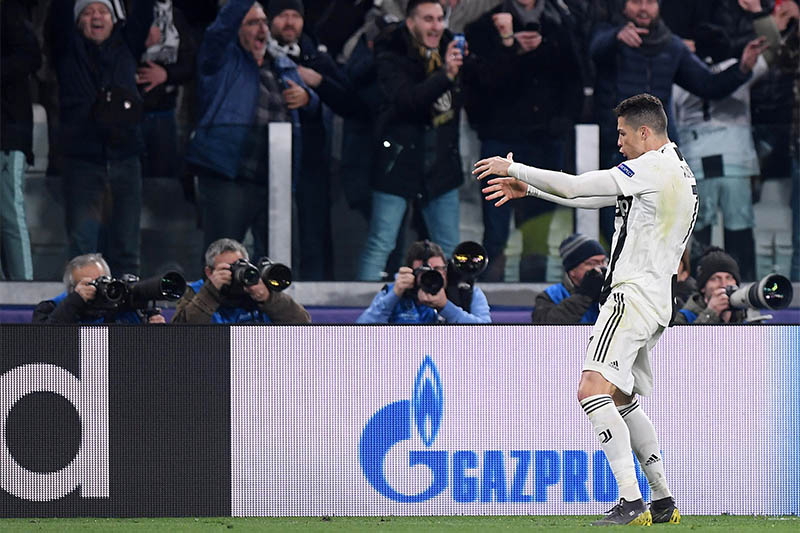 Juventus' Cristiano Ronaldo celebrates after the match. Photo: Reuters
ZURICH: Juventus forward Cristiano Ronaldo is facing disciplinary action for his celebration after one of the three goals he scored in last week's 3-0 win over Atletico Madrid in the Champions League. UEFA said the Portuguese would face a hearing on Thursday for "improper conduct" during the last-16 second leg match, where Juventus completed a 3-2 aggregate win. Ronaldo made a similar gesture to Atletico coach Diego Simeone, who celebrated his team's opening goal in the first leg by turning to the crowd and putting his hands on his trousers. Simeone was fined 20,000 euros ($22,708) for the incident but escaped a touchline ban for the return match. Juventus face Ajax Amsterdam in their quarter-final.
#Champions League #Cristiano Ronaldo #Atletico Madrid #Diego Simeone #Juventus FC
You May Also like: