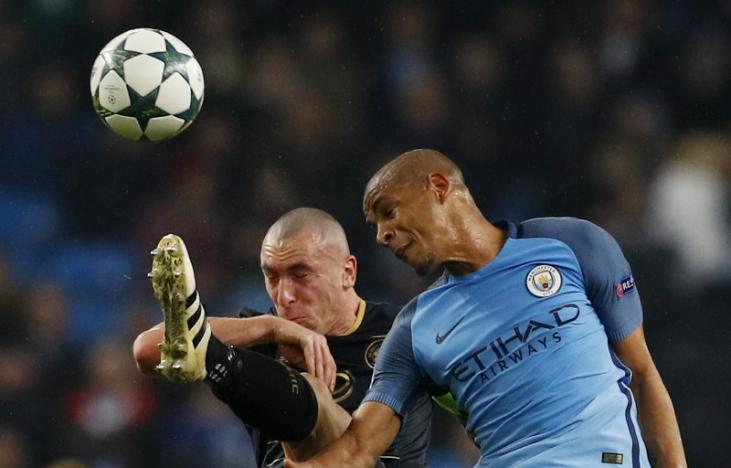 MANCHESTER: Manchester City ended their Champions League group campaign with a 1-1 draw at home to Celtic on Tuesday, having recovered from an early blow inflicted by one of their own on-loan players.

Patrick Roberts, signed by City last year, gave Celtic a fourth-minute lead, but his excellent individual effort was swiftly cancelled out by Kelechi Iheanacho with the remainder of the encounter struggling to live up to its explosive start.

With City already confirmed in second place in Group C and safely into the knockout stages, the match was an opportunity for manager Pep Guardiola to ring the changes from the side that lost 3-1 at home to Chelsea in the Premier League on Saturday.

There was equally nothing riding on the outcome at the Etihad Stadium for bottom side Celtic, who produced a spirited display and were the better team for most of the first half.

Celtic took full advantage of a chaotic start by the home side when Roberts cut into the area from the right, skipped past two tackles and fired powerfully into the net.

Iheanacho, out to impress with Sergio Aguero about to start a four-game domestic ban, ensured it was a short-lived lead, though, with the Nigeria striker running onto Nolito's through ball and lashing it high into the net after eight minutes.

Both sides wasted further first-half chances, while the nearest either came to stealing a winner after the break was when Nolito's effort was ruled out for offside.