Suarez determined to make flying start to next season 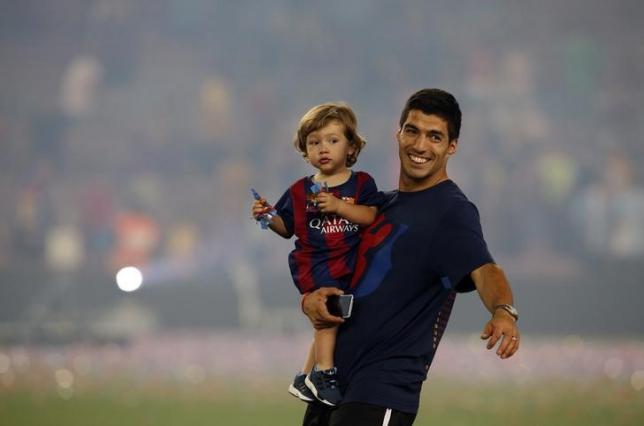 MADRID: Luis Suarez struggled to get into his stride with new club Barcelona after his ban for biting an opponent expired in October and the Uruguay striker is determined to avoid the same fate when the new season starts next month.

Suarez joined the Catalan club from Liverpool last July but was unable to play the first three months of the campaign after he was sanctioned for sinking his teeth into Italy defender Giorgio Chiellini's shoulder at the World Cup.

After a slow start following his Barca debut in the La Liga 'Clasico' against Real Madrid, he started to come into top form around the turn of the year and was a key performer alongside strike partners Lionel Messi and Neymar as Barca romped to a treble of Champions League and Spanish league and Cup titles.

"For the first few matches I was lacking rhythm," Suarez told reporters after a training session on Barca's pre-season tour of the United States.

"That's what pre-seasons are for, to work and try to contribute from the start," added the 28-year-old.

"This year, starting at the same pace as my team mates, it will be different."

The match in Pasadena will be a chance for Suarez to catch up with former Liverpool team mate and close friend Steven Gerrard, who left the English club after 17 years at the end of last term to join LA Galaxy.

Gerrard praised Suarez in an interview published on Barca's website (www.fcbarcelona.es) on Tuesday.

"I don’t think anyone ever looks forward to playing against Luis Suarez, he is a fantastic talent and a very dangerous player," Gerrard said.

"He is a fantastic team mate, probably the best player I have played with," he added.

"He's a good guy, a family man away from the pitch, we keep in touch and have supported each other throughout our careers."