Kathmandu, June 18 Tribhuvan Army Club advanced to the final of the Kwiks Nepal Basketball League here at the National Sports Council covered hall today. The departmental side defeated Times International Club 69-61 in the third and final match of the best-of-three first qualifier to seal the victory 2-1. 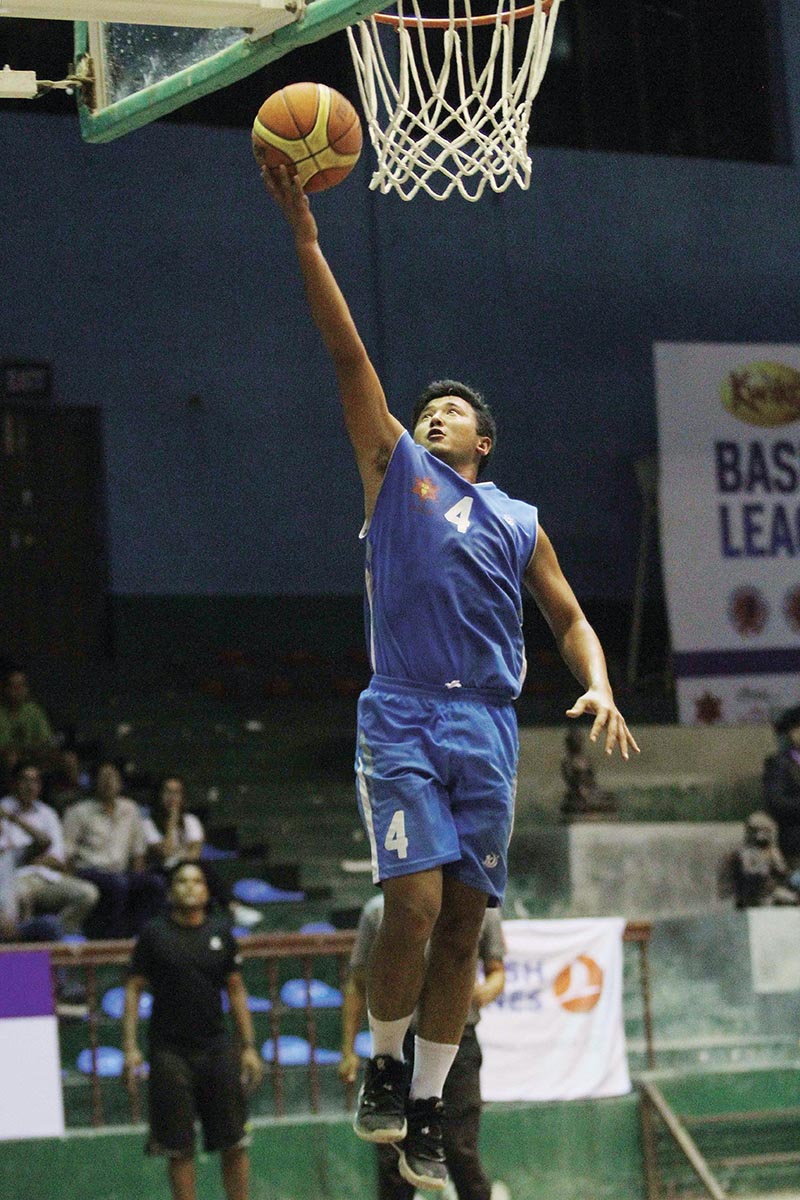 TAC’s Ayush Singh jumps for a basket against Times International Club during their Kwiks Nepal Basketball League match at the NSC covered hall in Kathmandu on Tuesday. Photo: Udipt Singh Chhetry / THT
TAC had taken the lead after winning the first match 79-65 before Times levelled the scores at 1-1 with a 81-57 win in the second match yesterday. In the third and final match of the playoffs series, TAC began brightly with a 18-12 lead before Times cut the deficit to one point by winning the second quarter 18-13. The match headed into the exciting final quarter after both the sides netted 15 points each in the third period. TAC prevailed over Times and won the final period 23-16. Ayush Singh of TAC was named the player of the match for his 26 points along with five rebounds, two steals and an assist. TAC will now face the winners of the second qualifier match between Nepal Police Club and Times. NPC had made it to the second qualifier — which will also be played over best-of-three forms — with a 2-0 victory over Golden Gate International Club yesterday. Nepal Police Club and Samriddhi Gorillas have already advanced to the women’s section final as the top two sides of the league round. The final matches are slated for Saturday. A total of eight teams participated in the men’s section, while four clubs were in fray in the first-ever women’s competition. The tournament is organised by Play for Deprived Children Nepal under the sponsorship of Chaudhary Group.
#Kwik’s Nepal Basketball League
You May Also like: