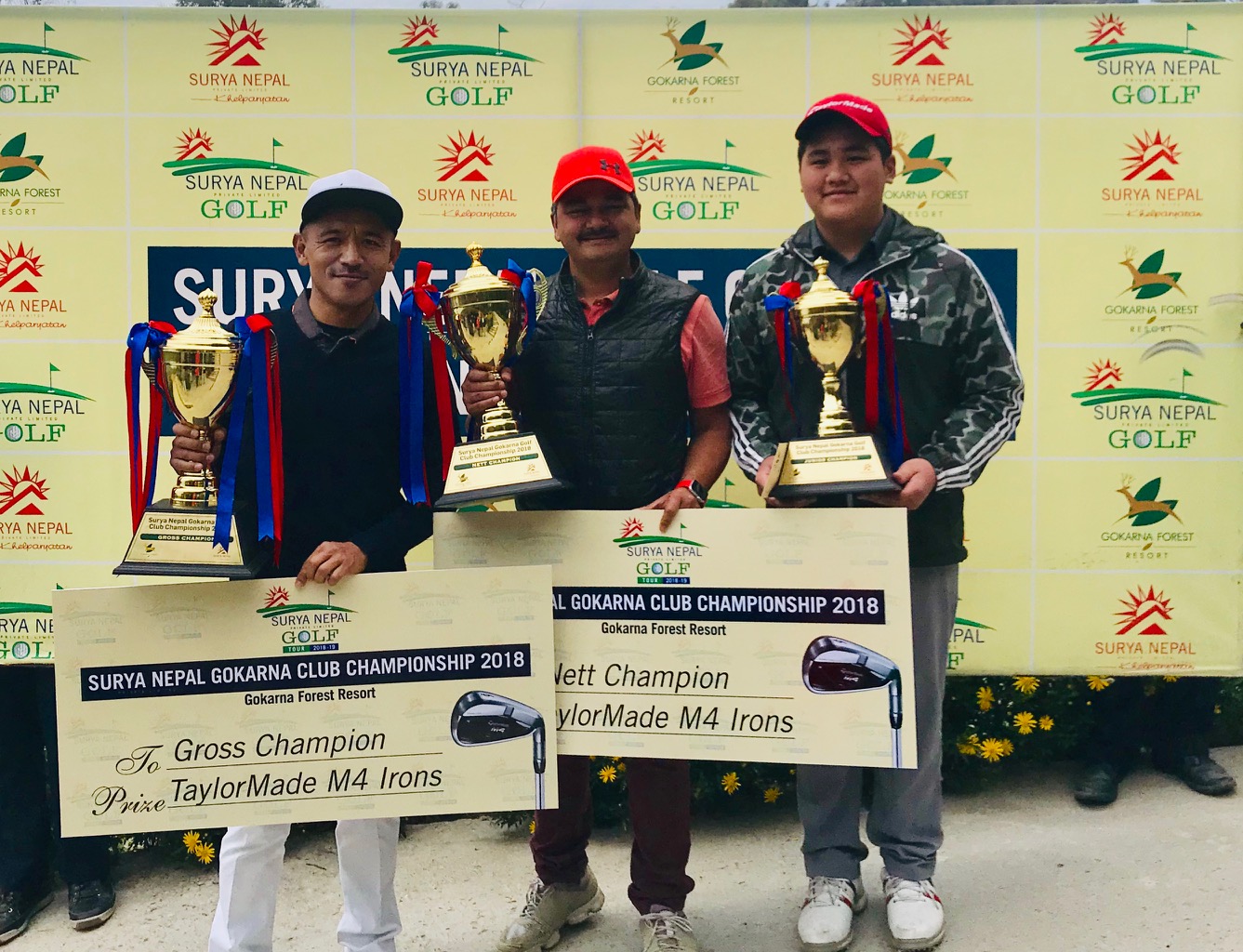 Thapa finished at the top of the nett section table with 430 points. He received the trophy along with M4 Iron set. Surendra Phuyal — who was forced to pull out of the second leg of the finals due to injury — came second with 415 points. Wangchen Dhondup was third with 365 points, followed by Jigmay Dongtetsang (350) and Devendra Bajgai (275).

Ang Phurba Sherpa bagged the junior section trophy with 795 points, while Sam Doublard was second with 750 points and Arnav Shah came third with 635 points. Sherpa received the trophy along with Taylormade putter.

Meanwhile, Wangchen Dhondup won the 12th and final event of the Monthly Medal with the score of three-under 69 nett. Jigmay Dongtetsang was second with even-par 72, while Dhurba Thapa came third in count back after being tied on three-over 75 with Ang Tshiring Sherpa. Tashi Tshiring won the gross section award with the score of four-over 76, while Sam Doublard won the junior category title with the score of one-under 71 nett.

A total of 20 players participated in the final edition of the tournament sponsored by Surya Nepal Pvt Ltd. President of Gokarna Golf Club Suhrid Ghimire handed over the prizes to the winners.