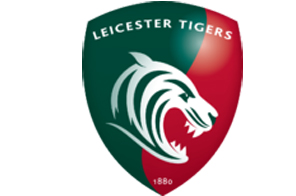 LONDON: English Premiership champions Leicester Tigers will begin the defence of their title at Sale in early September, it was announced on Wednesday.

There is also a west country derby at Kingsholm, as Gloucester - now being coached by former Scotland scrum-half Bryan Redpath - host Bath.

Matches will also take place over the holiday weekends of December 26 and 27 and January 2 and 3, with the regular Premiership season concluding on May 8, play-offs scheduled a week later and the final on May 29.

Premier Rugby's commercial director Jon Varney said: "The 2009/10 season has a lot to live up to, with last season acknowledged as being our most successful to date.

"There are always a few surprises in the Guinness Premiership, and it will be interesting to see which teams go on to challenge at the top despite not being among the bookies' favourites, like Harlequins and London Irish did last season."

Clubs will now select dates and times for their matches.

#Tigers begin title defence at Sale
You May Also like: