Players off to Korea 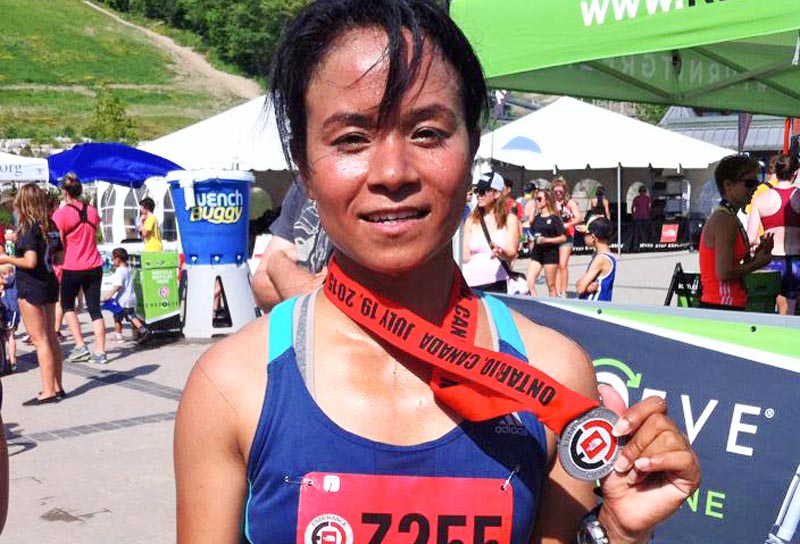 KATHMANDU: Nepal’s Kanchhi Maya Koju won the bronze medal in the North Face Endurance Challenge in Ontario, Canada on Monday. The 10th South Asian Games silver medallist Koju completed the 10km race in one hour, eight minutes and 46 seconds to finish third. Ashley Comstock of Canada won the race in 1:06:11, ahead of Canadian Mary Thompson (1:06:12). According to the organisers, the race features the most pronounced elevation gain trail race in all of Ontario. The North Face Endurance Challenge cruised along the Niagara Escarpment on the western shores of the Georgian Bay and navigated through the ski trails of the Blue Mountains.

LOS ANGELES: Panama and Mexico advanced to the semi-finals of the CONCACAF Gold Cup after their matches were forced into extra time and ultimately decided from the penalty spot on Sunday. Mexico advanced to the last four following a controversial 124th minute penalty converted by captain Andres Guardado after Oribe Peralta was bundled over in the box by Costa Rica’s Roy Miller. Guardado then slotted the penalty to set up a semi-final against Panama, who reached the Gold Cup final in 2013. Panama advanced to the last four after goalkeeper Jaime Penedo made the clinching save that allowed the team to outlast Trinidad and Tobago 6-5 in the ninth round of the shootout after their quarter-final had finished locked at 1-1 kafter extra time. Luis Tejada scored in the 37th minute for Panama before Kenwyne Jones levelled it in the 54th for the Caribbean side. - Reuters
#CONCACAF Gold Cup #Kanchhi Maya Koju #North Face Endurance Challenge #Para Taekwondo #10th South Asian Games #bronze medal #Partnership Programme for Cadet and Para Taekwondo Cou #Panama-Mexico match
You May Also like: