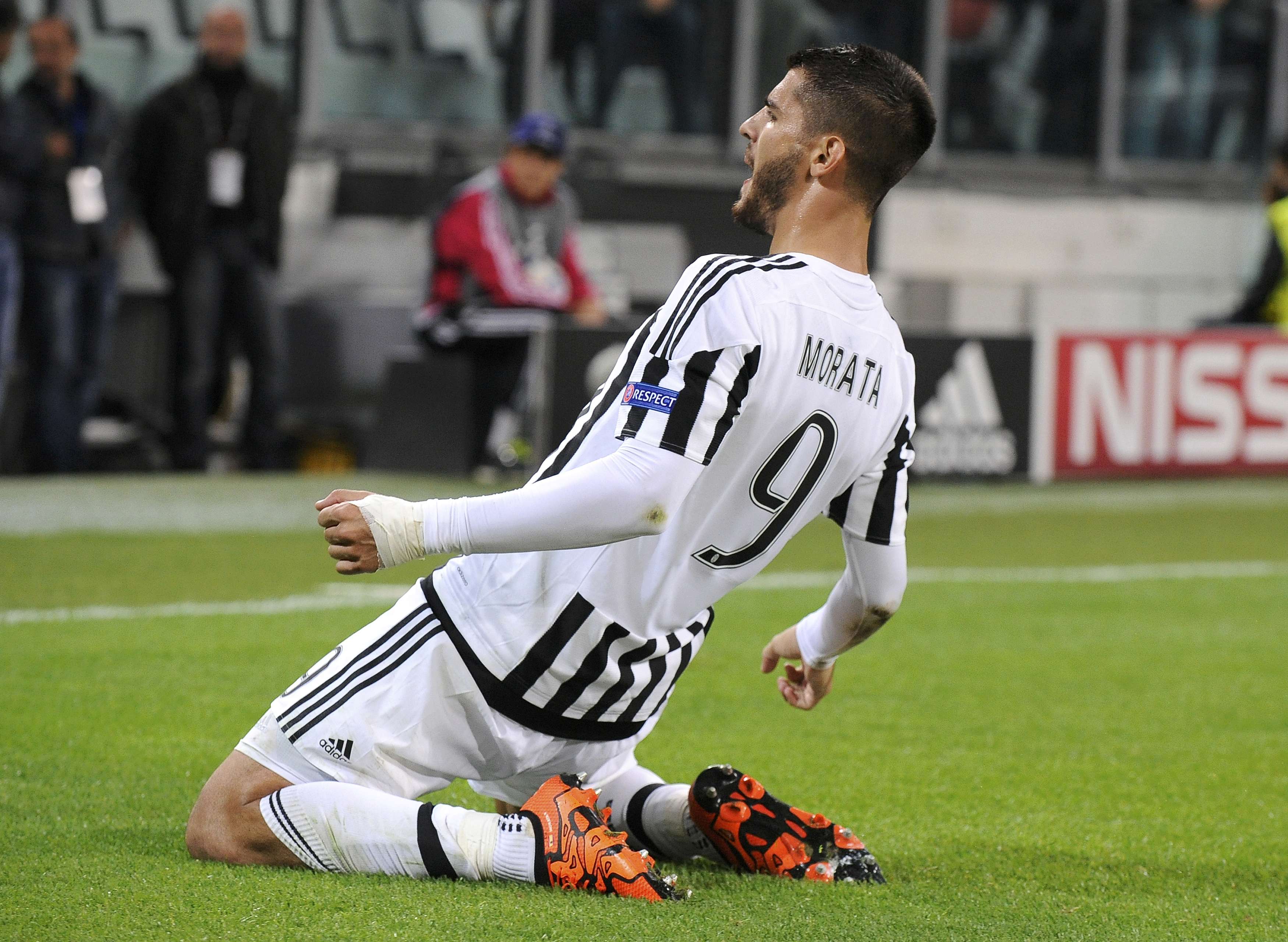 Juventus Alvaro Morata celebrates after scoring against Sevilla's during their Champions League group D soccer match at Juventus stadium in Turin, Italy, September 30, 2015. REUTERS/Giorgio Perottino
MADRID: Real Madrid have no intention of making a quick profit on striker Alvaro Morata after the Champions League winners opted to take him back to the Bernabeu from Juventus last month, the Spanish side's manager Zinedine Zidane has said. Real sold Morata to Juventus two seasons ago but included a buy-back clause in his contract, which they exercised in July after the forward scored 27 goals in 93 games in Italy and three for Spain during the European Championship. Media reports in Spain and Britain suggested that Real would cash-in on the 23-year-old by selling him on immediately, with Arsenal and Chelsea said to be vying for his signature, but Zidane insisted Morata was part of his plans. "Yes, Morata is a Real Madrid player," he told reporters in Michigan following his team's 3-2 win over Chelsea in the International Champions Cup at the weekend. "We're delighted to have him back, back to his original home. He's going to remain a Real Madrid player."
#Champions League #Real Madrid #Zinedine Zidane #Alvaro Morata
You May Also like: