Japan to step up help for Vietnamese maritime security 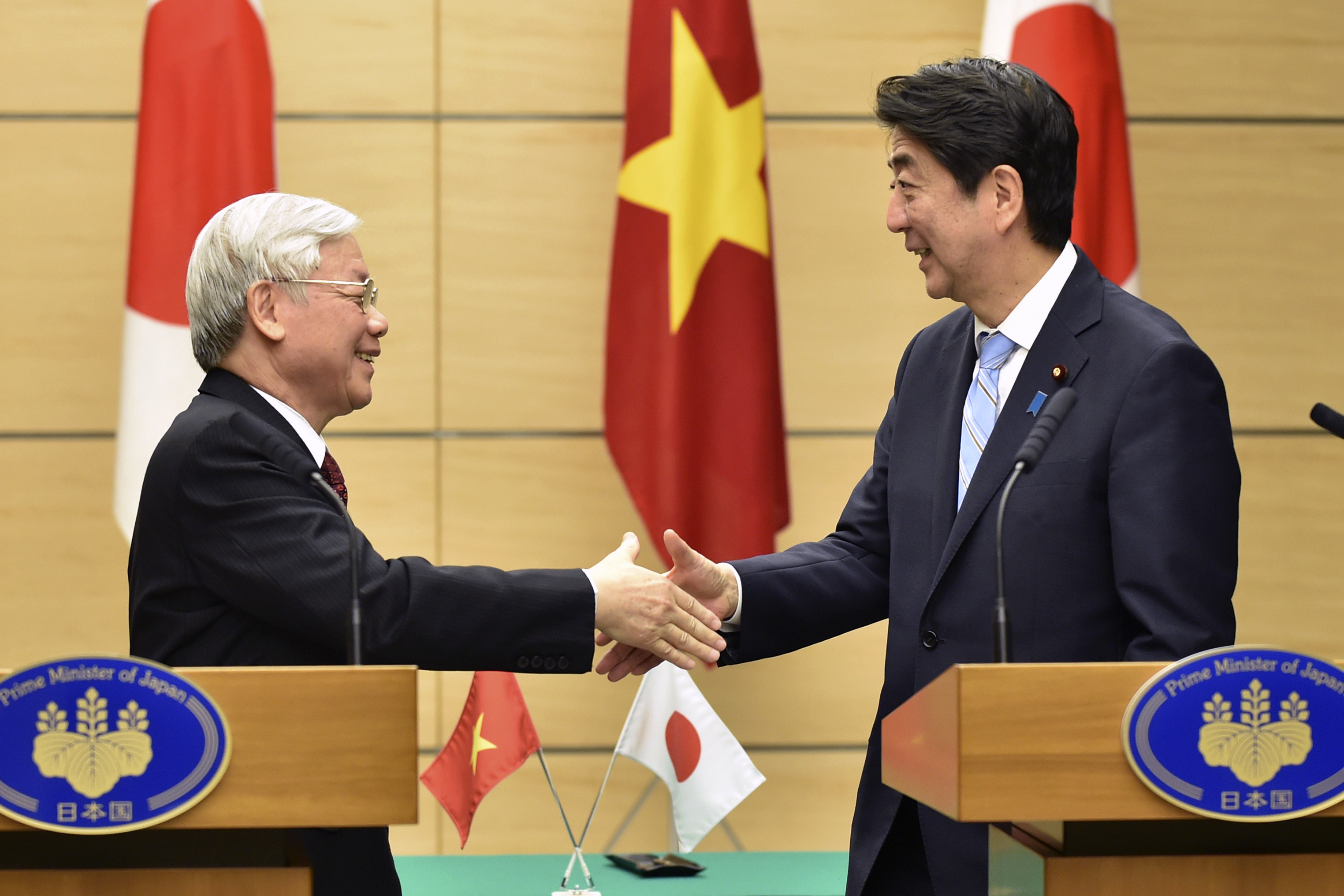 TOKYO: Japan said Tuesday it will give Vietnam used boats and other equipment to improve its maritime security capabilities as China asserts its territorial claims in regional seas.

The two leaders said they share "serious concerns" over attempts by China to change the status quo in the South China Sea by asserting its territorial claims.

The number of boats Japan will provide wasn't announced. Japan earlier pledged to provide six used ships to Vietnam for law enforcement operations. Two have been delivered and the other four are to be delivered by December, according to the Foreign Ministry.

In a joint statement issued after the talks, the two sides agreed to strengthen security and defense cooperation by promoting exchanges and training, and also signed a memorandum of cooperation in United Nations-led peacekeeping operations.

Tokyo, which also has territorial disputes with China over a cluster of uninhabited islands in the East China Sea, has stepped up security cooperation with several Southeast Asian nations.

Abe's government is pushing for the approval of a set of highly contentious security laws by the end of this week that would expand the role of Japan's military. They could allow patrols by Japanese military ships in the South China Sea in the future.