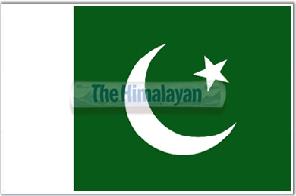 ISLAMABAD: At least six people were killed and more than 90 were injured in suicide bombings at mosques in two Pakistani cities Friday, police said.

A religious leader at one of the mosques who had spoken out against Taliban suicide bombings was among the dead in the blasts, which drew sharp condemnation from Prime Minister Yusuf Raza Gilani.

Four people died and at least 90 others were wounded when an explosives-filled car ploughed into the wall of a mosque in the northwestern garrison town of Nowshera, police said, adding that the roof of the building had collapsed.

"We have declared an emergency in the hospital, some of the injured are serious and we urgently need blood for them," Ali said.

"Three people were killed and 20 others were injured when a suicide attacker rammed his explosive-laden car into the mosque," police official Imran Kishwar told AFP.

The attack happened just as people had gathered in the mosque for Friday prayers, he said.

The roof of the mosque caved in after the blast and a number of people were trapped under the rubble, he said.

"We have started rescue work on site, we are facing difficulties as people are trapped under the debris of the roof," Kishwar said.

"Several vehicles parked in front of the mosque were also damaged," he said.

Lahore police chief Pervez Rathore said that a "suicide bomber" entered the room where Naeemi was sitting with others after Friday prayers, and blew himself up. He said two people were killed in the blast.

Asked if the attack was aimed at Sarfraz Naeemi because of his support for the military operation aimed at flushing the Taliban out of Swat, Bhutta said it was not certain, but "prima facie, yes."

Naeemi had issued a fatwa (edict) against suicide bombings carried out by Taliban militants.

Prime Minister Yusuf Raza Gilani "strongly condemned" the blast and killing of Naeemi and several others, the Associated Press of Pakistan said.

Gilani also condemned the the blast at a mosque in Nowshera and ordered an inquiry into the incidents, it said.

The bombings are the latest in a string of attacks in Pakistan widely seen as revenge by the Taliban for a punishing military offensive launched against insurgents around northwest Swat valley on April 26.

At least nine people were killed in a suicide bombing at a luxury hotel in the northwestern city of Peshawar earlier this week.

Lahore, Pakistan's cultural capital, has been the scene of three deadly attacks in the past three months, as extremist violence closed in on the nuclear-armed country's political heartland.

A gun, grenade and bomb attack in late May levelled a police building and damaged the provincial headquarters of the Inter-Services Intelligence (ISI), killing 24 people.

#6 Pak killed in suicide bombings
You May Also like: