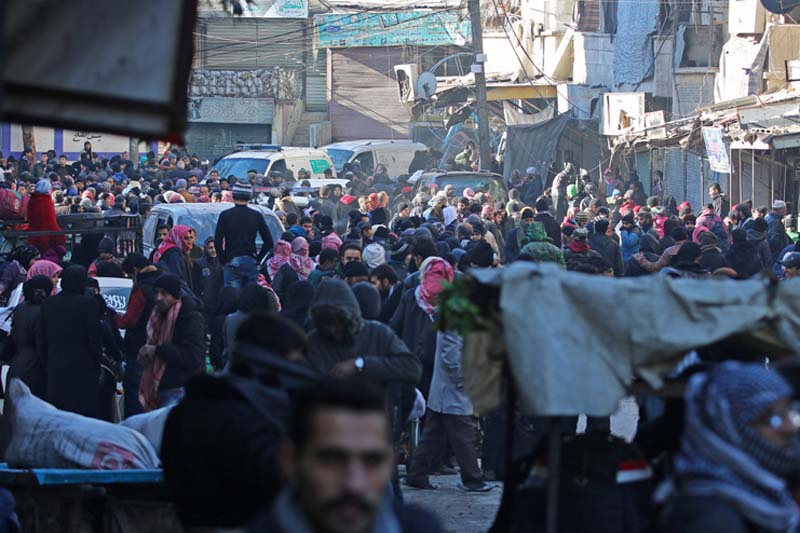 People gather to be evacuated from al-Sukkari rebel-held sector of eastern Aleppo, Syria, on Thursday, December 15, 2016. Photo: Reuters
BEIRUT: Syrian media says buses and ambulances are preparing to enter east Aleppo to resume evacuating rebels and civilians from the opposition's remaining districts in the city.
Pro-government Al-Ikhbariya TV says Sunday that convoys are also preparing to evacuate over 2,000 wounded and sick residents from the northern Syrian villages of Foua and Kfarya , which are besieged by rebels. In Aleppo, English teacher Wissam Zarqa says families have been assigned bus numbers and are preparing to evacuate after pro-government forces halted operations on Friday. The government's side said it wanted simultaneous evacuations from Foua and Kfarya. Several thousand civilians evacuated Aleppo Thursday before the process was halted.
#Syria #Aleppo #east Aleppo #Foua #Kfarya
You May Also like: