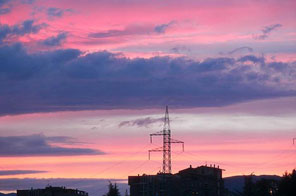 BEIJING: China unveiled on Thursday what it called an ambitious plan to boost energy efficiency and curb its carbon footprint in the most detailed indication yet of its stance heading into a world climate summit.

The world's most populous country will cut the amount of carbon dioxide emitted per unit of gross domestic product in 2020 by between 40 and 45 percent, based on 2005 levels, a statement from the State Council, or cabinet, said.

"This is a voluntary action taken by the Chinese government based on its own national conditions and is a major contribution to the global effort in tackling climate change," the statement said.

The announcement marks the first time China has put specific numbers on a September pledge by President Hu Jintao to cut carbon intensity by a "notable margin".

Carbon intensity refers to emissions per unit of economic activity. Emissions would continue to grow under China's plan as economic growth is expected to continue. Beijing is not offering an absolute cut in carbon dioxide production.

The announcement came a day after Washington said President Barack Obama would attend the December 7-18 meeting in Copenhagen with an offer to cut US emissions by 17 percent from 2005 levels by 2020.

China said it will achieve its targets through a mix of measures including stepped-up efforts to develop renewable energy and "actively pushing forward nuclear power and other action".

It also said it would make "relevant" adjustments to "fiscal, tax, and pricing" policies, but gave no specifics.

Experts have called on China to raise the cost of energy, particularly heavily polluting coal on which it relies for about 70 percent of its fast-growing energy needs, to encourage conservation and curb emissions.

The government statement said China "will also strengthen forestry management and plant more trees, with an aim to increase the area of forest by 40 million hectares compared to 2005 levels."

China also "should increase investment in the research, development and application of energy-saving and efficiency-improving know-how and low-carbon and zero-carbon technologies," it added.

Environmental group Greenpeace released a statement welcoming the announcement but called on both China and the United States -- the number one and two sources of carbon emissions -- to do more.

However, she said China's plan was a "challenge to the industrialised world, particularly the US."

Yang said the "inadequate" US offer amounts to just a 4-5 percent reduction from 1990 emissions, compared to a European pledge to reduce its emissions by 20 percent from 1990 levels before 2020, and even more if a global deal is reached.

"Only then does the world have a hope of averting catastrophic or runaway climate change," she said.

Scientists have warned that without aggressive action, global temperatures could rise dramatically this century with calamitous consequences for the world climate, leading to rising sea levels and other grave threats.

Pressure has mounted on China and the United States to announce substantive steps to limit emissions and seek a meaningful deal in Copenhagen.

It was not immediately clear what China's overall emissions would be if the carbon intensity target was achieved.

China earlier Thursday announced that Premier Wen Jiabao would join dozens of other world leaders at the summit, which was called to seek a post-2012 successor to the Kyoto Protocol on limiting greenhouse gas emissions.

But Beijing has argued rich developed nations bear the historical responsibility for carbon build-up in the atmosphere and should shoulder the burden.

China says that as a developing nation, it should be given leeway on emissions as it seeks to grow its economy and alleviate poverty in the nation of 1.3 billion people.

#China to limit carbon emissions
You May Also like: