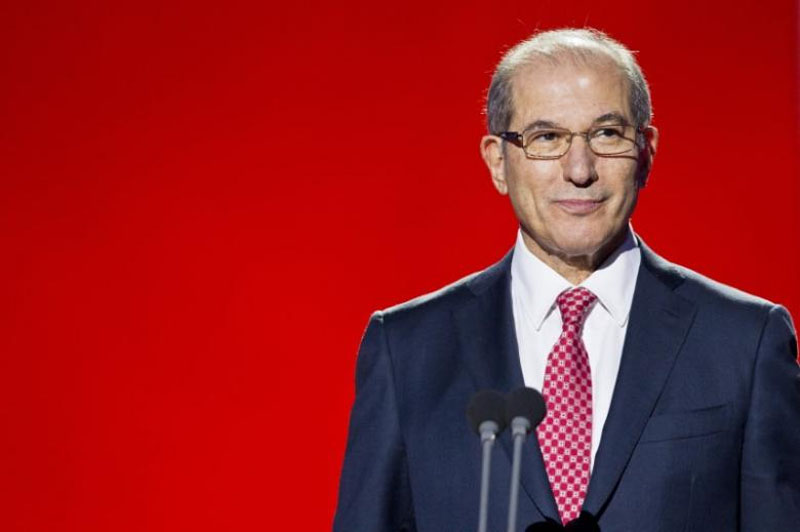 File - Organisation for the Prohibition of Chemical Weapons' (OPCW) Director General Ahmet Uzumcu looks on during the Nobel Peace Prize concert in Oslo, on December 11, 2013. Photo: Reuters
UNITED NATIONS: An international inquiry found Syrian government forces responsible for a third toxic gas attack, according to a confidential report submitted to the UN Security Council on Friday, setting the stage for a showdown between Russia and western council members over how to respond. The fourth report from the 13-month-long inquiry by the United Nations and the Organization for the Prohibition of Chemical Weapons (OPCW), the global chemical weapons watchdog, blamed Syrian government forces for a toxic gas attack in Qmenas in Idlib governorate on March 16, 2015, according to a text of the report seen by Reuters. The third report by the inquiry in August blamed the Syrian government for two chlorine attacks - in Talmenes on April 21, 2014 and Sarmin on March 16, 2015 - and said Islamic State militants had used sulfur mustard gas. The results set the stage for a Security Council showdown between the five veto-wielding powers, likely pitting Russia and China against the United States, Britain and France over how those responsible should be held accountable. Following the submission of the third report, Russia said the conclusions could not be used to impose UN sanctions. The report submitted on Friday said that Syrian government forces had used helicopters to drop barrel bombs, which then released chlorine gas. It found those helicopter flights originated from two bases where the 253 and 255 squadrons, belonging to the 63rd helicopter brigade, were based. It added that the 618 squadron, with navy helicopters, was also located at one of the bases. However, the inquiry said that it "could not confirm the names of the individuals who had command and control of the helicopter squadrons at the time." But it added that those "with effective control in the military units ... must be held accountable." The report confirmed a Reuters report in September that the inquiry had identified the 253 and 255 squadrons, belonging to the 63rd helicopter brigade. The inquiry focused on nine attacks in seven areas of Syria where a separate OPCW fact-finding investigation had already determined that chemical weapons had likely been used. Eight of the attacks investigated involved the use of chlorine. The inquiry was unable to reach a conclusion in five cases. Chlorine's use as a weapon is prohibited under the 1997 Chemical Weapons Convention, which Syria joined in 2013. If inhaled, chlorine gas turns to hydrochloric acid in the lungs and can kill by burning lungs and drowning victims in the resulting body fluids. Syria agreed to destroy its chemical weapons in 2013 under a deal brokered by Moscow and Washington. The Security Council backed that deal with a resolution that said in the event of non-compliance, "including unauthorized transfer of chemical weapons, or any use of chemical weapons by anyone" in Syria, it would impose measures under Chapter 7 of the UN Charter. Chapter 7 deals with sanctions and authorization of military force by the Security Council. The body would need to adopt another resolution to impose targeted sanctions - a travel ban and asset freeze - on people or entities linked to the attacks.
#Russia #United Nations #UN Security Council #Syrian government #Toxic gas attack #Organization for the Prohibition of Chemical Weapons (OPCW) #Qmenas
You May Also like: