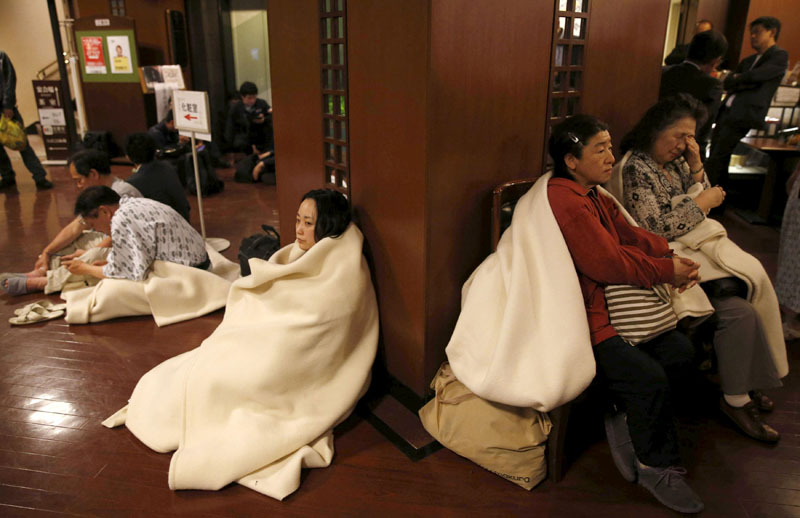 Hotel guests gather at the lobby after another earthquake hit the area in Kumamoto, southern Japan, on Friday, April 16, 2016. Photo: Kyodo/Reuters
TOKYO: A tsunami warning was lifted and no irregularities were reported at three nuclear plants early Saturday after a strong aftershock from a Thursday earthquake hit southern Japan, local media said. The new quake, measuring 7.1 magnitude according to the Japan Meteorological Agency, caused some injuries and trapped some people in the area around Kumamoto on the southernmost main island of Kyushu, public broadcaster NHK said. A tsunami warning after the 1:25 am (1525 GMT) quake was lifted, media said. There were no irregularities at Kyushu's Sendai nuclear plant, which continued to operated, or at the Genkai plant, also on Kyushu, or the Ikata plant on nearby Shikoku, NHK said.
#Japan Meteorological Agency #Kumamoto #Japan tsunami warning #Kyushu quake #Kyushu's Sendai nuclear plant #Genkai plant
You May Also like: