Kerry takes aim at Russia over Ukraine and Syria 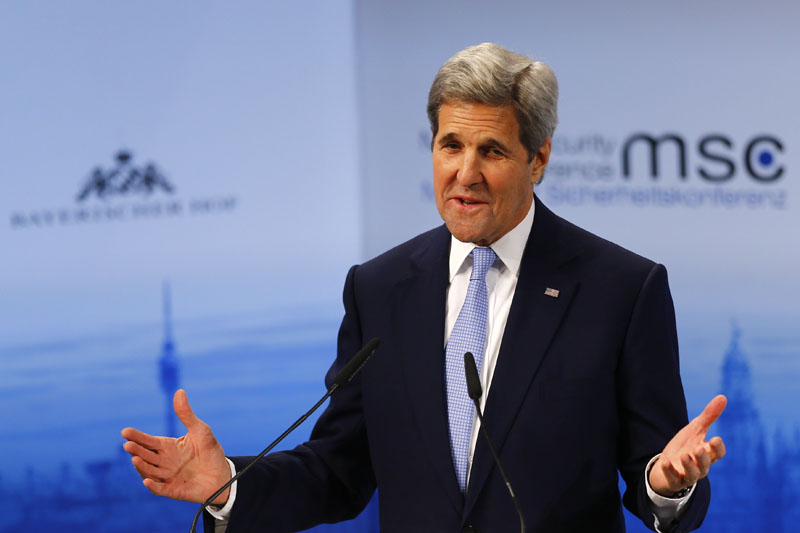 US Secretary of State, John Kerry, gestures during his speech at the Security Conference in Munich, Germany, Saturday, Feb. 13, 2016. (AP Photo/Matthias Schrader)
MUNICH: US Secretary of State John Kerry is sharply criticising Russia for its actions in Ukraine and Syria, accusing Moscow of "repeated aggression" in both places. Speaking to the Munich Security Conference on Saturday, Kerry said Russia is defying the will of the international community with its support for separatists in eastern Ukraine and its military intervention in Syria on behalf of President Bashar Assad. His comments came just after Russia's prime minister told the same conference that the West is rekindling the Cold War with sanctions imposed on Russia over Ukraine as well as new NATO moves. Kerry praised European nations for holding firm on the Ukraine sanctions and urged Moscow to act in good faith in forging a truce in Syria and allow a political transition.
#Russia #US Secretary of State John Kerry #Munich Security Conference #Ukraine and Syria
You May Also like: