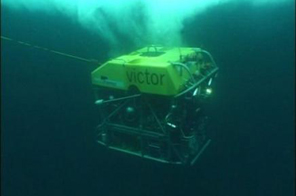 FERNANDO DE NORONHA: Conflicting clues to the cause of the loss of an Air France jet and the 228 people on board emerged on Thursday, deepening the mystery as the hunt for evidence intensified.

A Spanish pilot flying in the same area as the Rio-Paris flight when it plunged into the Atlantic spoke of an "intense flash", while a Brazilian minister appeared to rule out a mid-air explosion.

Meanwhile, a report in France suggested the pilots may have been flying at the "wrong speed" to deal with the fierce thunderstorm that they flew into in the early hours of Monday before the airliner's systems suddenly failed.

In a brief report on its website, the newspaper Le Monde said plane maker Airbus was preparing to send a warning to the operators of the hundreds of A330 jets in the world with new advice on flying in storms.

Airbus refused to comment on the report, which cited a "source close to the crash inquiry" as saying that AF 447 had been flying at the "wrong" speed, but a company official told AFP that it was usual to update airlines.

"Each time there's an accident, it is imperative for the manufacturer to inform all operators of the type of aircraft concerned of any specific procedures to put in place or any checks to carry out," he said.

The official, speaking on condition of anonymity, said such warnings -- called Accident Information Telexes -- were overseen by crash investigators from France's BEA aviation safety agency before being sent out.

"If the BEA is making a recommendation so early, it's because they know very well what happened," retired pilot Jean Serrat told AFP.

"If the BEA is reminding pilots not to slow down too much, does that mean that the Rio-Paris slowed down too much?" he wondered.

The captain of a Spanish airliner claimed to have seen "an intense flash of white light" in the area where the plane was lost, his airline Air Comet said, confirming a report in the daily El Mundo.

The co-pilot and a passenger on the Air Comet flight from Lima to Lisbon also saw the light, it said, adding that a written report has been sent on to Air France, Airbus and the Spanish civil aviation authority.

"Suddenly, we saw in the distance a strong and intense flash of white light, which followed a descending and vertical trajectory and which broke up in six seconds," the unidentified captain wrote.

But while the Spanish pilot's account seemed to indicate there had been a mid-air fire or explosion, Brazil's defence minister said the presence of a fuel slick found in the ocean by spotter planes suggested otherwise.

Nelson Jobim said late Wednesday that the 20-kilometer (12-mile) long kerosene trail "means that it is improbable that there was a fire or explosion" because the high-octane jet fuel would have ignited.

But he admitted this was "just a hypothesis" and stressed that four days after the plane flew into a ferocious thunder storm midway between South America and Africa, the mystery of what happened was far from being solved.

Answers may lie in the plane's black box data and cockpit voice recorders, but they are likely resting on the rugged sea bottom, at least 3,000 meters below Atlantic waters still whipped up by foul weather.

It would be extremely difficult -- maybe impossible -- to recover them even if the 200-kilometer wide search area were narrowed down, experts said.

Two Brazilian navy vessels are in the area, 1,000 kilometers off Brazil's northeast coast, officials said. An air force plane has found more and bigger debris from the flight some distance from where other items were spotted.

No bodies have yet been found and French planes have yet to spot any wreckage themselves.

Three other Brazilian vessels, including a tanker able to keep the flotilla in the area for weeks, and a French ship with mini-submarines were to arrive in the coming days.

A memorial service was to be held for the 216 passengers from 32 countries and 12 crew in Rio de Janeiro on Thursday, with French Foreign Minister Bernard Kouchner attending.

France, which lost 72 nationals, the biggest group on the plane, is leading the probe into the disaster. Two French investigators are already at work in Brazil, which lost 58 nationals.

#Mystery deepens over missing jet
You May Also like: