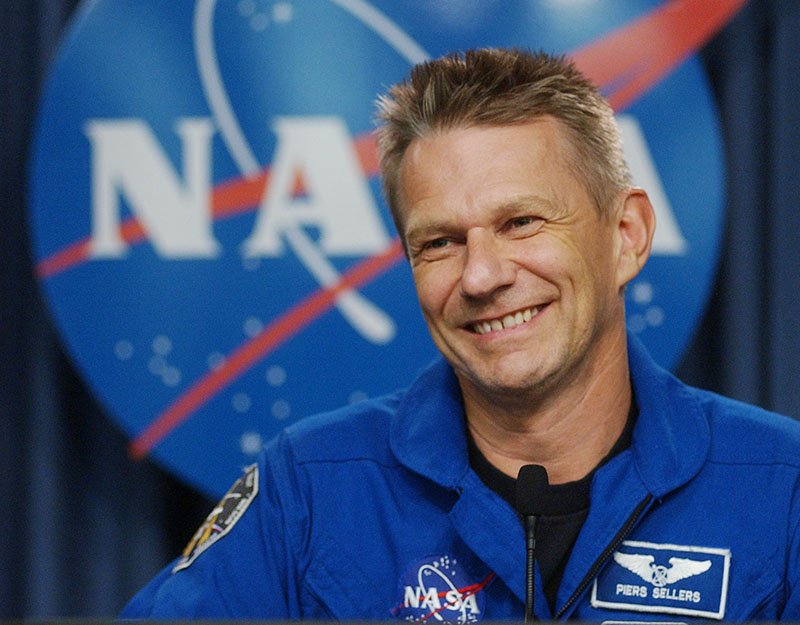 WASHINGTON: Piers Sellers, a climate scientist and former astronaut who gained fame late in life for his eloquent commentary about the earth's fragility and his own cancer diagnosis, has died. He was 61.

Sellers shared his astronaut's perspective on climate change in Leonardo DiCaprio's documentary, "Before the Flood," released this fall. He told DiCaprio that seeing the earth's atmosphere as a "tiny little onion skin" from space helped him gain a fuller understanding of the planet's delicacy.

He also wrote a New York Times op-ed about grappling with the meaning of his life's work after learning he had terminal cancer. In both the film and the op-ed, he was optimistic, arguing that he expected human ingenuity to rescue the planet from a dire future of runaway global warming.

"Piers devoted his life to saving the planet," NASA Administrator Charles Bolden said in a statement. "His legacy will be one not only of urgency that the climate is warming but also of hope that we can yet improve humanity's stewardship of this planet."

In the op-ed, Sellers wrote that the best way he could imagine spending his final months was to continue working, despite knowing he would not live to see the worst of climate change or the harnessing of possible solutions.

"New technologies have a way of bettering our lives in ways we cannot anticipate. There is no convincing, demonstrated reason to believe that our evolving future will be worse than our present, assuming careful management of the challenges and risks," Sellers wrote. "History is replete with examples of us humans getting out of tight spots."

The British-born Sellers was deputy director for sciences and exploration at NASA's Goddard Space Flight Center in Greenbelt, Maryland. He started working for NASA as a scientist in 1982 and joined its astronaut corps in 1996. He made three flights to the International Space Station, the last in 2010.

"When I was a kid, I watched the Apollo launches from across the ocean, and I thought NASA was the holy mountain," Sellers said earlier this year when Bolden presented him with the Distinguished Service Medal, the agency's highest honor. "As soon as I could, I came over here to see if I could climb that mountain."