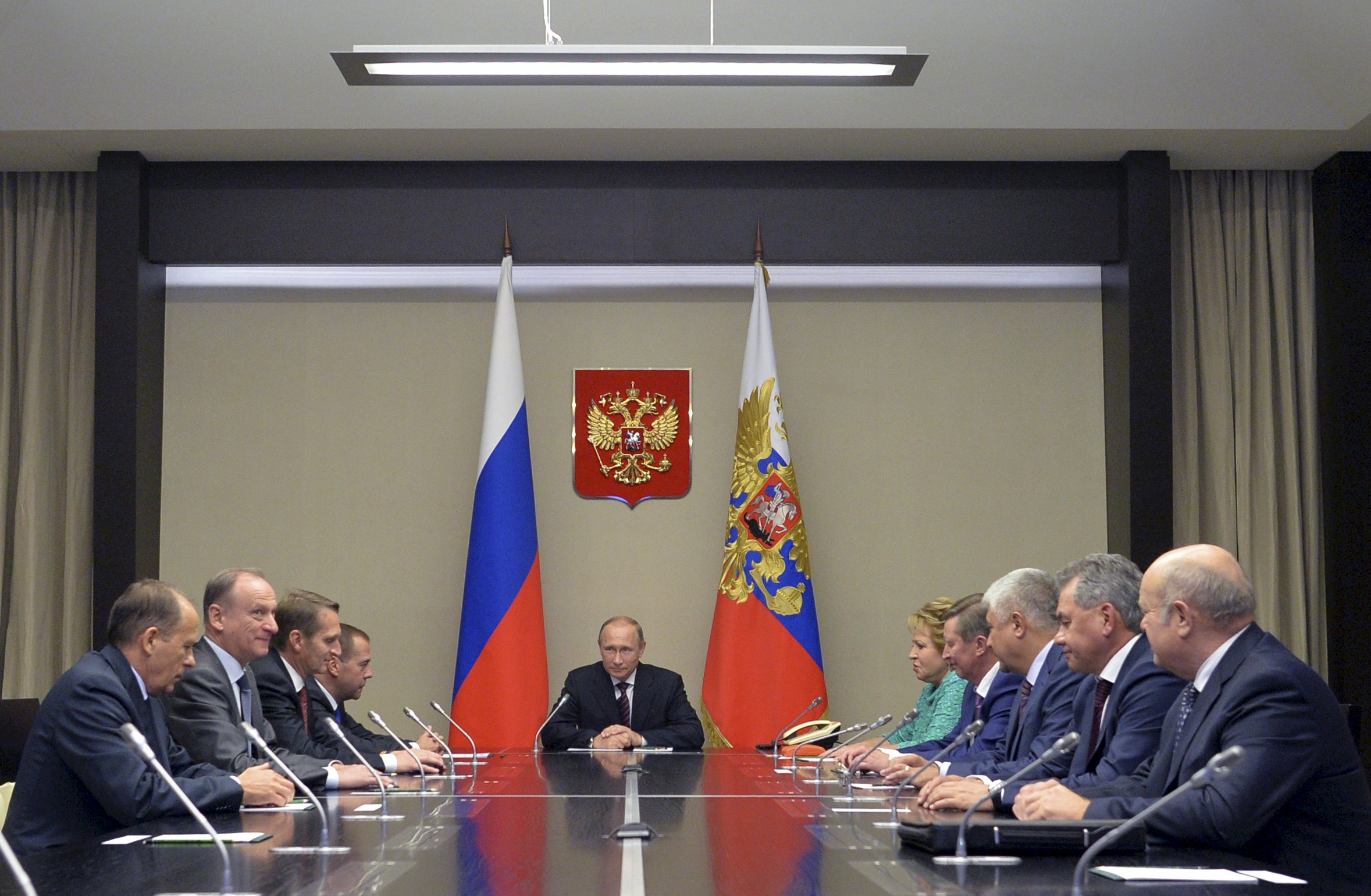 Russian President Vladimir Putin (Centre) chairs a meeting with members of the Security Council at the Novo-Ogaryovo state residence outside Moscow, Russia, September 29, 2015. Photo: Reuters
MOSCOW: The Russian parliament on Wednesday unanimously granted President Vladimir Putin the right to deploy the country's military in Syria, a move a top Kremlin aide said related only to the air force. Russia has been building up its military presence in Syria, where it supports the government forces of President Bashar al-Assad in a conflict that pits him against Islamic State militants and Western-backed rebels. Sergei Ivanov, the head of the Kremlin administration, said after the vote in the Federation Council, the Russian parliament's upper chamber: "The Syrian president asked the leadership of our country for military assistance." But he said the vote did not mean that Russian ground forces would be engaged in conflict and that the move referred to the use of the air force only. "If there will be a united coalition which I doubt, or in the end two coalitions -- one American and one Russian -- they will have to coordinate their actions," Ivan Konovalov, a military expert, told Reuters. "For Russian forces to operate there legitimately ... a law was needed." There have some media reports from the Middle East that Russian military jets have already started carrying out air strikes in Syria. The Kremlin has declined to confirm that. The last time the Russian parliament granted Putin the right to deploy troops abroad, a technical requirement under Russian law, Moscow seized Crimea from Ukraine last year.
#Syria #putin #Russian parliament
You May Also like: