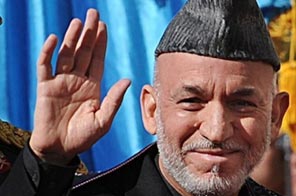 KABUL: Mullah Mohammad Omar, leader of Afghanistan's Taliban militia, on Wednesday rejected a call from President Hamid Karzai for peace talks, in a statement issued ahead of the Muslim festival of Eid al-Adha.
"The people of Afghanistan will not agree to negotiation which prolongs and legitimises the invader's military presence in our beloved country. Afghanistan is our home," a Taliban statement quoted Omar as saying.
About 100,000 US and NATO-led troops are stationed in Afghanistan helping the government fight a growing Taliban-led insurgency.

#Taliban defy Karzai call for talks
You May Also like: