Tsunami triggered by volcano kills at least 43 in Indonesia 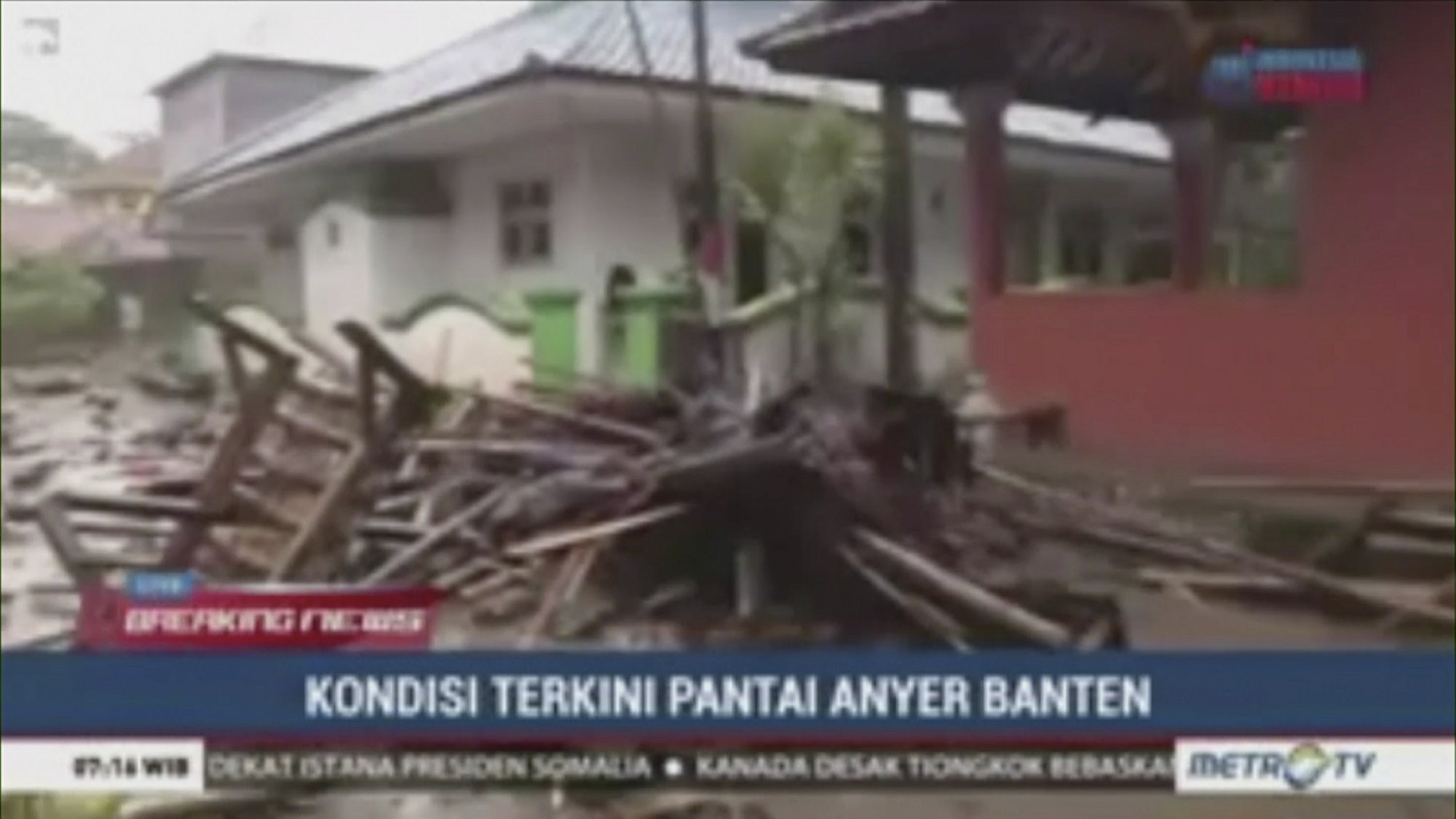 In this image made from video, debris are seen on street after a tsunami hit the coast in Serang city, in Banten Province, Indonesia, on Sunday, Dec. 23, 2018. Photo: AP

JAKARTA, INDONESIA: A tsunami apparently caused by the eruption of an island volcano killed at least 43 people after the waves hit the coast around Indonesia’s Sunda Strait, sending a wall of water some 65 feet (20 meters) inland and damaging hundreds of houses including hotels, the government and witnesses said.

Some 600 people have been reported injured when the tsunami hit about 9:27 p.m. Saturday, the Disaster Management Agency said.

Scientists from Indonesia’s Meteorology and Geophysics agency said it could have been caused by undersea landslides from the eruption of Anak Krakatau, a volcanic island formed over years from the nearby Krakatau volcano. They also cited tidal waves caused by the full moon.

“I had to run, as the wave passed the beach and landed 15-20m (meters) inland,” Norwegian Øystein Lund Andersen wrote on Facebook. He said he was taking pictures of the volcano when he suddenly saw a big wave come toward him.

“Next wave entered the hotel area where I was staying and downed cars on the road behind it. Managed to evacuate with my family to higher ground trough forest paths and villages, where we are taken care of (by) the locals. Were unharmed, thankfully.”

The worst affected area was the Pandeglang region of Banten province in Java, which encompasses the Ujung Kulon National Park and popular beaches, the disaster agency said. Of the deaths, 33 were in Pandeglang.

In the city of Bandar Lampung on southern Sumatra, hundreds of residents took refuge at the governor’s office.

Alif, a resident in Pandeglang district who goes by one name, said the tsunami reached about 3 meters (9.84 feet) high. He told MetroTV station that many people were still searching for missing relatives.

The Anak Krakatau volcano in the Sunda Strait that links the Indian Ocean and Java Sea erupted about 24 minutes before the tsunami, the geophysics agency said.

The 305-meter (1,000-foot) -high volcano, about 200 kilometers (124 miles) southwest of capital Jakarta, has been erupting since June. In July, authorities widened its no-go areas to 2 kilometers (1.24 miles) from the crater.

In September, more than 2,500 people were killed by a quake and tsunami that hit the city of Palu on the island of Sulawesi, which is just east of Borneo.