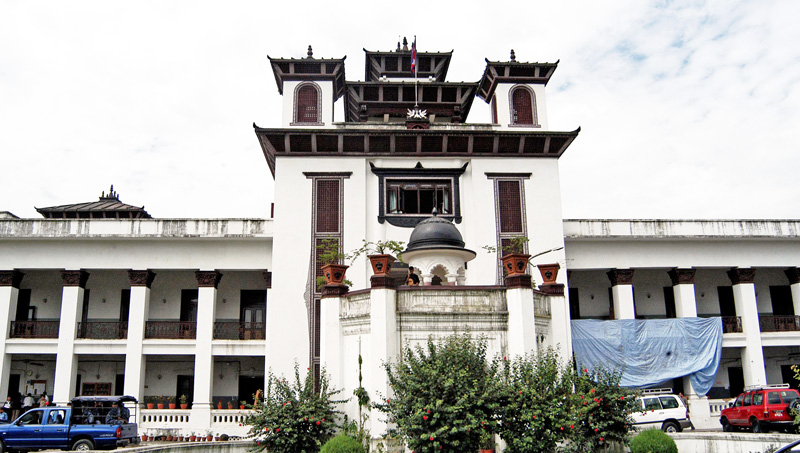 The Election Commission (EC), Nepal has barred government ministers to attend the upcoming annual general meeting (AGM) and the election for the new executive committee of the Federation of Nepalese Chambers of Commerce and Industry (FNCCI) as guests.

Deciding on a case lodged at EC citing that attendance of ministers in the FNCCI event as an activity against the election code of conduct issued by EC ahead of local polls, the EC has given its nod to the FNCCI election with certain restrictions, including participation of any minister in FNCCI election-related events.

The private sector umbrella body is holding its 51st AGM and the election for the new executive committee, except for the presidential post, on April 10 and 11.

“FNCCI can hold its election at the scheduled date. However, the election and its activities should not hamper the local election,” Surya Prasad Sharma, spokesperson for EC, said.

The government is holding local election across the country on May 14.

Shrestha informed that the EC has also banned FNCCI from using any government resources in election-related activities and directed it to organise public gatherings in a decent manner.

The statute of FNCCI amen-ded last year has a provision where the senior vice-president will automatically become the president of the organisation in the next term.

The current Vice-presidents of FNCCI — Shekhar Golchha and Kishore Pradhan — have already announced their candidacy for the post of senior vice-president of FNCCI.