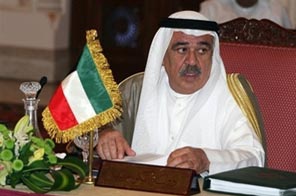 "The Gulf single currency is not happening tomorrow or the day after. It needs sufficient time," the minister told parliament during a debate on the ratification of the Gulf monetary council pact.
Gulf states have set the start of next year to launch the single currency, but recently there have been increasing signals that the target date is unrealistic.
Earlier this month, the governor of the Saudi Arabian Monetary Agency, or central bank, Mohammad al-Jasser said the launch of the currency was set to be delayed.
Saudi Arabia, Kuwait, Bahrain and Qatar, members of the Gulf Cooperation Council (GCC), signed a pact in June to create a joint monetary council, which would later become a GCC central bank.
The remaining two GCC members, the United Arab Emirates and Oman, have refused to sign up and withdrawn from the project.
The UAE was upset at the selection of the Saudi capital Riyadh to host the future GCC central bank, while Oman pulled out saying it was unable to meet the preconditions.
Kuwaiti Foreign Minister Sheikh Mohammad al-Sabah told parliament the proposed single currency may not necessarily be pegged to another currency.
"It might be a currency or a basket of currencies," Sheikh Mohammad said, adding: "This issue will be discussed between the Gulf states."
All GCC currencies are pegged to the dollar except for the dinar of Kuwait, which in May 2007 dropped the dollar for a basket of currencies to fight soaring inflation.
During Tuesday's parliamentary debate, a number of MPs expressed concern about the impact of a GCC single currency on the dinar and domestic economy.
The vote on the GCC monetary union pact was then postponed until December 8 in order to have additional details on the agreement.
Kuwait is due to host the annual GCC summit on December 14, Sheikh Mohammad said.
Saudi Arabia has already ratified the pact while the three other states are expected to do so before the end of the year.
GCC states have agreed on a number of technical criteria for the monetary union but a number of other issues remains unresolved.

#Gulf single currency not imminent: Kuwait minister
You May Also like: