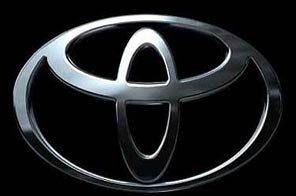 The world's top automaker estimated in August that it would sell 6.6 million units this fiscal year through March 2010 after sales plunged 15 percent to 7.57 million vehicles last year. The higher forecast reflects improving business in the U.S. and Europe thanks to government subsidies for fuel-efficient cars, the Nikkei financial daily and Yomiuri newspaper said, without citing sources.

Demand in China and Asia is also helping the maker of the popular Prius hybrid. Toyota spokesman Paul Nolaso said the media reports are not based on information released by the company.

Its official global sales target remains at 6.6 million, he said. The U.S. auto industry showed signs of stability in October, with total sales of cars and light trucks unchanged at just over 838,000 compared with October of last year.

But the figure rose 12 percent from a dismal September 2009, Autodata Corp. reported Tuesday.

#Toyota to raise global sales target
You May Also like: