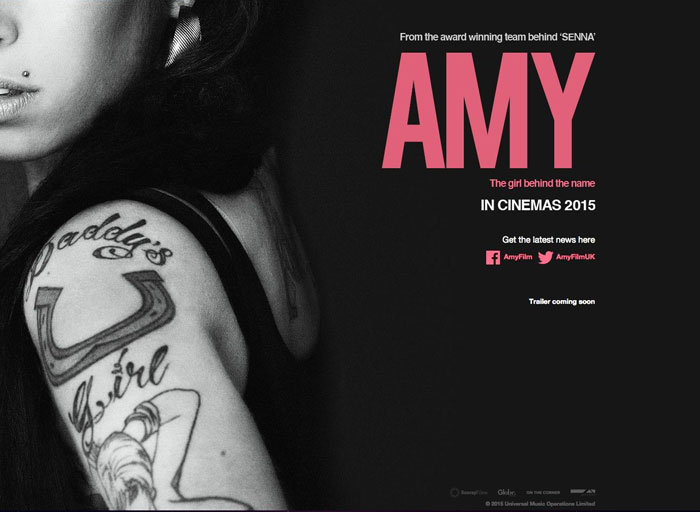 Asif Kapadia’s Amy Winehouse documentary Amy is a slow, tragic zoom out. It begins with the intimacy of home movies and ends in far-away paparazzi footage. Our VIP access has been revoked.

First seen as a bright-eyed 14-year-old girl singing a knockout Happy Birthday, Winehouse gradually recedes from our view as her renown grows, obscured by a blizzard of flashes and a deadening haze of celebrity. Fame arrives like fate — a destiny foreshadowed by Winehouse’s self-evident talent and her own ominous misgivings. “I would go mad,” she says of fame before its tidal-wave arrival.

Amy is an exceptional, emotional portrait of a pop star who perished too young. But it is, more broadly, a clinical case study of celebrity’s crushing onslaught and an indictment of its tabloid apparatus. It’s a horror movie. 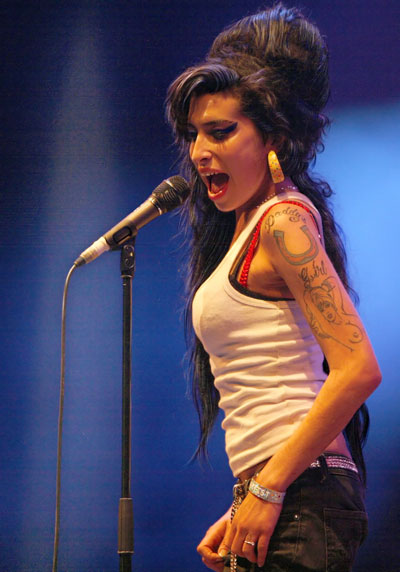 The ingredients of Winehouse’s swift demise (she drank herself to death at age 27 in 2011), as seen in the film, are many — a broken family, her own self-destructiveness, a lack of timely intervention. But most haunting is the film’s close-up of a toxic celebrity culture where out-of-control addicts are merely punchlines for late-night hosts.

Kapadia, a British filmmaker who started in fiction film, eschews talking heads. His tremendous documentary Senna, about the Formula One racer Ayrton Senna, who died at 34, relied entirely on archival footage, and he’s done the same with Amy. It’s an elegant, uncluttered approach that maintains closeness with the subject and gives Amy an unbroken drama.

Both films replace hagiography with evidence (archival video, audio testimony, even old voicemails), but the purity of Kapadia’s aesthetics shouldn’t be mistaken for perfect objectivity. He and editor Chris King have pointedly, expertly assembled snapshots of Winehouse’s life to lend a particular view of it.

Winehouse’s family — especially her father, Mitch — have publicly denounced Amy as “misleading”. That, though, should be taken as a good sign of Kapadia’s independence in making Amy.

The film is disarmingly intimate. There is Winehouse, an aspiring singer, playful and flirty in the backseat of a car, goofing around with friends and a video camera.

The rise of this insanely charismatic Jewish retro-soul singer from North London seems a certainly to all who encounter her. The voice, smoky and soulful, is unmissable. A charmer, describes Yasiin Bey (Mos Def), immediately infatuated by “a sweetheart” who could drink anyone under the table and roll a smoke.

Her upbringing casts a pall. The divorce of her parents when she was nine (also the age when Kurt Cobain’s parents split, as noted in the recent documentary Kurt Cobain: Montage of Heck) after an admitted seven-year affair by her cab driver father, is cited as a turning point for the worse. Mitch also figured into his daughter’s autobiographical hit Rehab —”I ain’t got the time and my daddy thinks I’m fine.” Winehouse’s early, friendly entourage give way to more professional and an arguably less protective group of promoters. The missed opportunities to help her slide by. She and her eventual husband, the troubled Blake Fielder-Civil who introduced her to crack, descend into drugs. In a mocking video Fiedler-Civil shoots while both are in rehab together, she’s less inclined to make a joke out of it, “I don’t really mind it here,” she says. 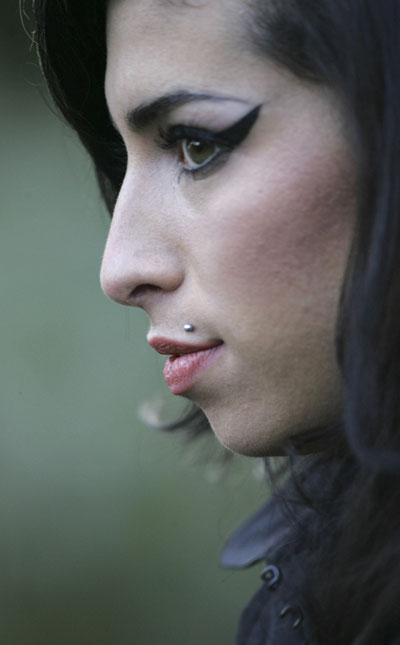 Kapadia has gotten everyone close to Winehouse to speak, and the interviews are more personal having been taped off-camera. A sense of helpless mounts as Kapadia searches for a guardian for Winehouse. Instead, he finds her father arriving at her post-rehab getaway in Saint Lucia with a TV crew for his reality show, My Daughter, Amy.

There may be something a tad callous in seeking blame among those she loved and who loved her, four years after Winehouse’s death. Black-and-white villains rarely suit such tragic stories. But Amy is a clear-eyed, deeply empathetic view of Winehouse, whose huge talent and sudden fame made too many forget she was still just a vulnerable young woman in serious need of help.