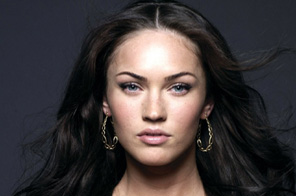 WASHINGTON: Actress Megan Fox has confessed that she has a crush on Angelina Jolie and wishes to date her. The stunner, who recently parted ways with Brian Austin Green, professed her love to the Original Sin star while speaking to a British magazine.
I love Angelina Jolie . She's someone I admire and look up to. She's my favourite actress in Hollywood. I just love that she's incredibly honest, and I feel that she's not afraid to be herself. She tells you exactly what's on her mind,” Contactmusic quoted her as telling Britain’s Heat magazine. Fox, who in the recent past has been open about being bi-sexual, also added, “If I could just be Angelina's girlfriend, I would be so happy.”

However, The Transformers star isn’t keen on making other actresses her friend. "I don't have any friends who are actresses. I actually only had one girlfriend growing up. Most of my friends were boys. I was such a tomboy," she said.

#Fox wishes to date Angelina Jolie
You May Also like: