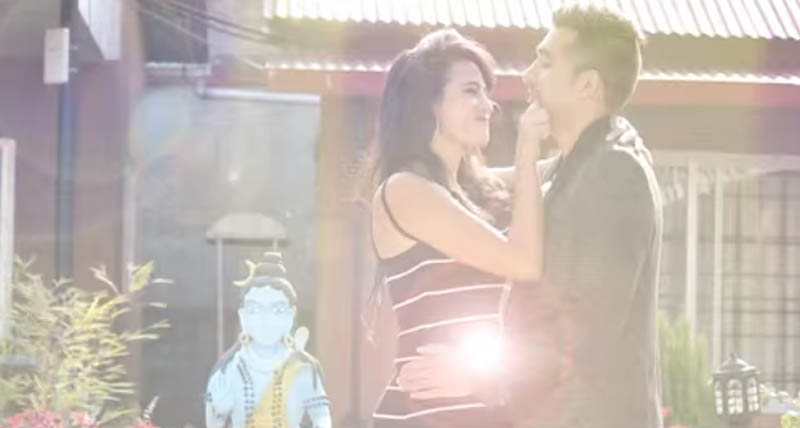 A videograb of music video - Machhapuchhre Royo Aaja.
KATHMANDU: Music composer Saroj Pyakurel has launched his latest creation – Machhapuchhre Royo Aaja – on YouTube on Wednesday. The latest song is penned by Sudan Dotel while famed singer Swaroop Raj Acharya has sung it. Pyakurel himself has directed the music video while it features Ashok Bhattrai, Sanjay Khatiwoda, Anjal Shrestha and Rajendra Khatri as actors. Pyakurel, who has been working as an entertainment journalist for nearly a decade, has prioritised music composition of late. Also a teacher and film script write, he has composed music for nearly four dozen songs so far. He has composed music for around a dozen Nepali movies. Pyakurel is currently working for two movies being directed by Suman Dahal and Madhav Kharel. Pyakurel calls himself a fan of popular musician Suresh Adhikari and says he is inspired by Adhikari and Sambhujeet Banskota to work in the field. His music career had begun around five years ago.
#YouTube #Nepali music #Music video
You May Also like: