Youth murders girlfriend after kidnapping and extorting her employer 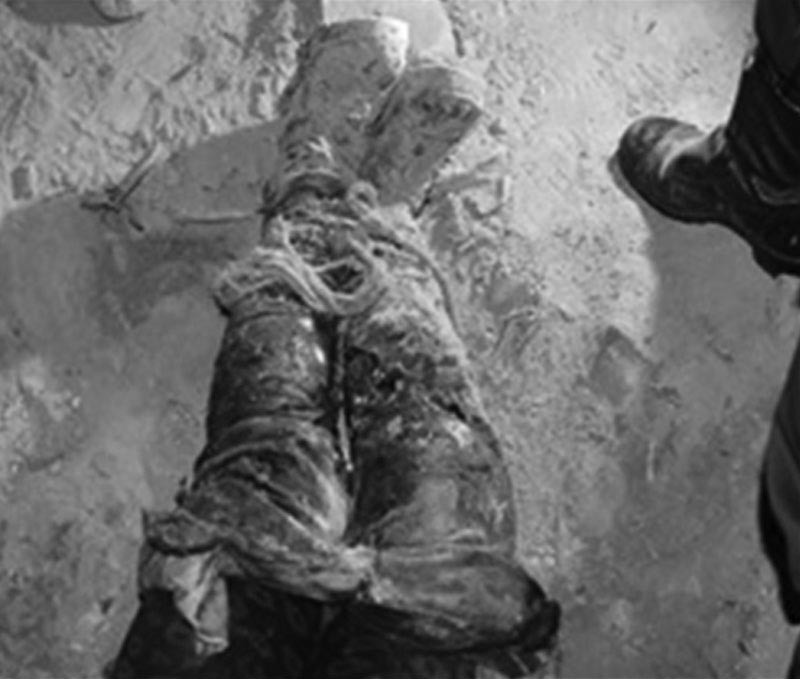 Radhika Shrestha's decaying body was recovered from Muhanpokhari of Nagarkot in Bhaktapur district. Photo: MCD
KATHMANDU: Police on Thursday revealed that a youth from Bhaktapur district murdered his girlfriend after collecting a hefty ransom from the latter's employer who he had kidnapped mobilising her. Prakash Lamichhane (28) from Bagishwari of Bhaktapur is accused of murdering Radhika Shrestha (25) from Dharke of Dhading on February 16. He is still at large. The woman's decayed body was found on March 3. Organising a press conference in Kathmandu today, the Metropolitan Crime Division revealed its findings on the gruesome murder. Police found that Lamichhane had murdered Shrestha to avoid possible revelation of Shyam Sundar Agrawal's abduction. Agrawal, who owns New Dollies' Sari and the Sari Sansar in Makhkhan Galli, KMC-25, was abducted on February 15 by the couple and forced him to pay a sum of Rs 1.07 million on the next day. Executing Lamichhane's plan, Shrestha had called her boss to the Sundhara-based Bharat Hotel Holyland on February 15. The couple, assisted by two others--Kishor Giri (24) and Saroj Ghorasaine (27) from Bageshwori--took their target to the neighbouring Sunshine Hotel before they forced him to pay the ransom, police said. After accomplishing the plot on February 16, the four persons took two taxis and gathered at Lamichhane's house. Meanwhile, Giri and Ghorasaine received Rs 200,000 each for their role in the plot. During the gathering, Lamichhane suspected that Shrestha could leak the plot, and consequently took her life by strangling, Giri allegedly told police during the investigation. Then, the trio wrapped the body in a plastic bag, took it to Muhanpokhari, almost 200 metres away from Lamichhane's residence, and buried it under ground. Locals had noticed the body after 15 days. Giri and Ghorasaine have been arrested.
#Kathmandu crime #Kathmandu murder #Bhaktapur crime #Metropolitan Crime Division #Kathmandu abduction #Woman murder
You May Also like: