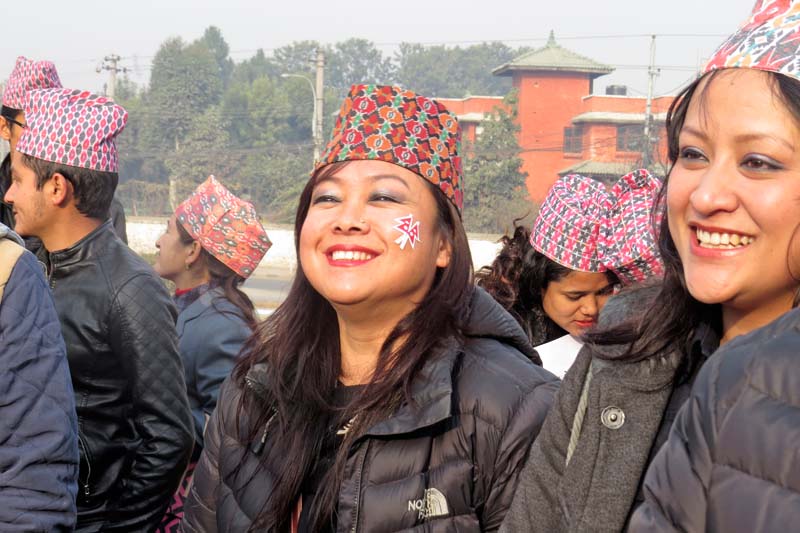 On a normal day in the streets of Kathmandu, someone in a traditional Bhadgaule topi (black cap) or a Dhaka topi is a rare sight.

Every now and then, on festive occasions, the topis do come out and even then only men from the older generation can be seen donning the traditional head gear.

And because the current generation does not seem to find much appeal in the topi, it has inadvertently affected the production levels.

According to a local in Bhaktapur, Ram Maya Manandhar, in the days of old, almost every household in Bhaktapur used to sew the topi for livelihood; however, the already dwindling business has been further affected by the earthquake of 2015.

She laments, “ Some have left the business while others have disappeared overnight as many of the houses in Bhaktapur were destroyed, causing people to move away.

“Actually the topi signifies not only our national identity but also an ecological importance,” said cultural expert Tejeswor Babu Gongah. “The topi which is round at the base, with a height of 3 to 4 inches, indicates the mountains and the Himalayas of the country. The Dhaka topi is said to represent the mountain after the melting of the ice. The melted ice enables the growth of greenery and vibrantly coloured flowers in the lower regions of the mountain. Thus, the Dhaka topi was made colourful to represent the ecological system.”

Tejeswor is saddened that the new generation does not seem to feel a sense of pride wearing their national head gear or costume; and while the older generation may still wear the topi, it is rather out of habit above anything else.

“Even the guardians of our nation and various political leaders only wear the topi for formal functions. If I were the prime minister or in the governmental body, I would wear the topi and encourage it to be worn by both males and females.”

Sundar Shrestha, a topi producer suggests, “The people of Bhaktapur were not very savvy in their business and thus all the final products of topi were exported to Kathmandu with the profit margin not being very large. The business of topi which requires a huge labour force can potentially provide employment to the locals of Bhaktapur.”

Formerly, the topis were exported to Dharan, Dhankuta, Darjeeling and other parts of the country from Bhaktapur. “Large orders were placed by the people from distant places but in recent times, there has been a decrease,” said Buddha Ram Shrestha (72).

As with any other cultural loss, the waning trend of wearing the national topi seems to be causing panic amongst certain circles.