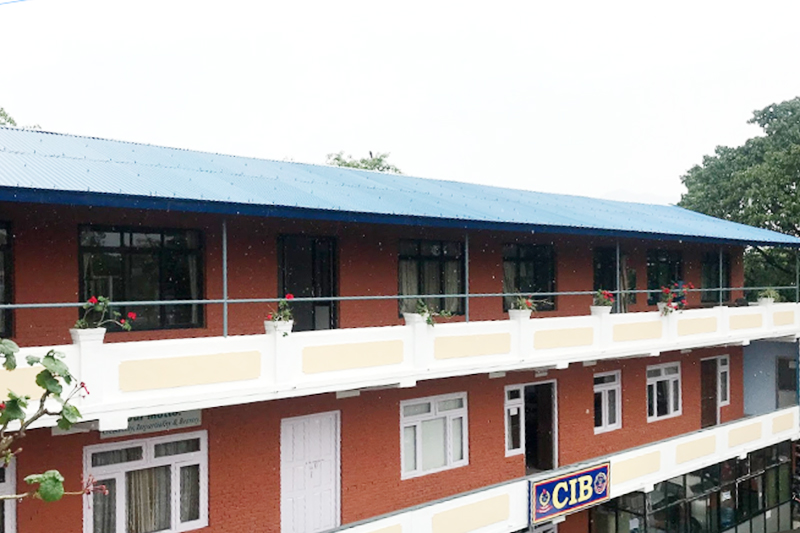 This undated image shows the office building of Central Investigation Bureau of Nepal Police, in Maharajgunj, Kathmandu. Photo courtesy: Sudarshan Panthee
Superintendent of Police Bel Bahadur Pandey, CIB spokesperson, said Ibeh and Pierrejean were the ring leaders who mobilised Nepali citizens to find easy targets on social media such as Facebook, WhatsApp, Viver, IMO and Twitter, and swindle them out of cash by convincing the victims that there were parcels with jewellery and USD and Pound Sterling in their names. The online scammers created fake account with profile picture of foreign citizens on social media and sent friend requests to various persons in Kathmandu valley. Once social media users accepted the friend request, the scammers would exchange mobile numbers and personal information to bring the unwary users to their fold. According to SP Pandey, the scammers used to send photos of parcel, jewellery and electronic gadget to the victims as evidence and made them deposit cash in their bank accounts as airport tax clearance. Arrested Ivory Cost nationals used to tell their Facebook friends that one of their relatives had arrived at Tribhuvan International Airport, along with their parcels, but an X-ray machine of TIA detected US dollars in the parcels and asked them to deposit Nepali currency on a bank account for the customs clearance. The five-member gang have been charged with fraud. The CIB, however, has not disclosed how much money the racketeers have swindled from people in Kathmandu and other parts of the country. SP Pandey said further investigation into the case was under way. Meanwhile, the CIB has cautioned people against the traps set by online scammers. The security agency urged the internet and mobile phone users not to respond to suspicious message. Facebook and other social networking sites are easy means for fraudsters and scammers to access people’s network. People should not accept friend request by unknown persons, it warned.
#Central Investigation Bureau of Nepal Police #Ivory Coast nationals #online fraud ring
You May Also like: