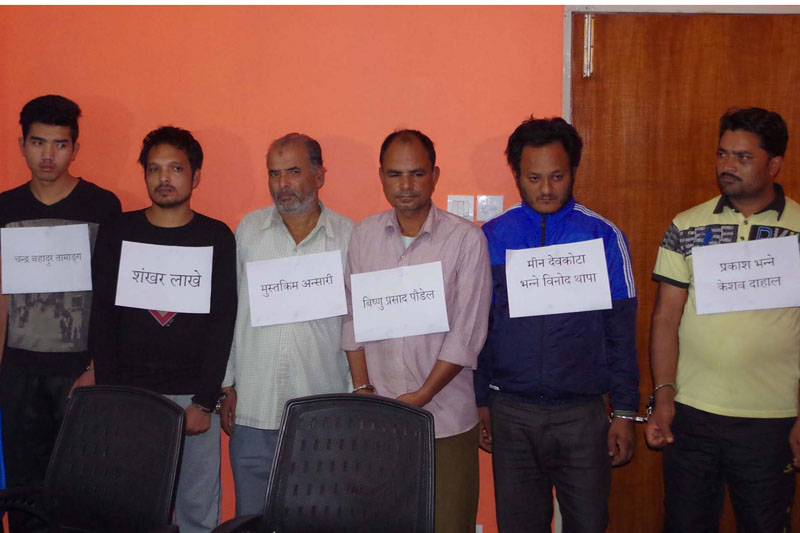 Suspects of September 20 school bombing incidents of Kathmandu Valley, are paraded by police, in Kathmandu, on Friday, October 21, 2016. Photo: Metropolitan Police Office
KATHMANDU: Police said on Friday that they arrested two persons who allegedly masterminded multiple school bombing incidents in Kathmandu Valley last month. Min Bahadur Devkota and Keshav Dahal were arrested from a yet-to-be-disclosed location of Kavrepalanchok district while they were planning some criminal activities on Wednesday, a police official said. The bombing was planned with a motive to put pressures on the schools to meet demands of a Maoist outfit named Maoist Communist Centre, Chief of the Metropolitan Police Office, AIG Pratap Singh Thapa informed in a press conference today. Police paraded them among six amid the press conference. The other suspects paraded today, besides Devkota and Dahal, include Bishnu Prasad Paudel, Mustakim Ansari, Shankar Lakhe and Chandra Bahadur Tamang. While Lakhe and Tamang were paraded on the very day, Paudel and Ansari were arrested recently. Police have also claimed some of the suspects including Lakhe were involved in a couple of arson cases in the Valley whereas Dahal had already faced an abduction charge and seven public offence cases. Meanwhile, speaking at the press meet today, AIG Thapa said the suspects would face charges as per laws related to the use of explosive and organised crime. On September 20, two schools of Kathmandu Valley had survived minor explosions while and explosives were found in five others. No one was injured in the accidents. The Maoist outfit led by Devkota had claimed that it planted and exploded bombs in several private schools in Kathmandu. Two persons - Lakhe and Tamang - were arrested in connection to the case and paraded on the very day. (Updated) 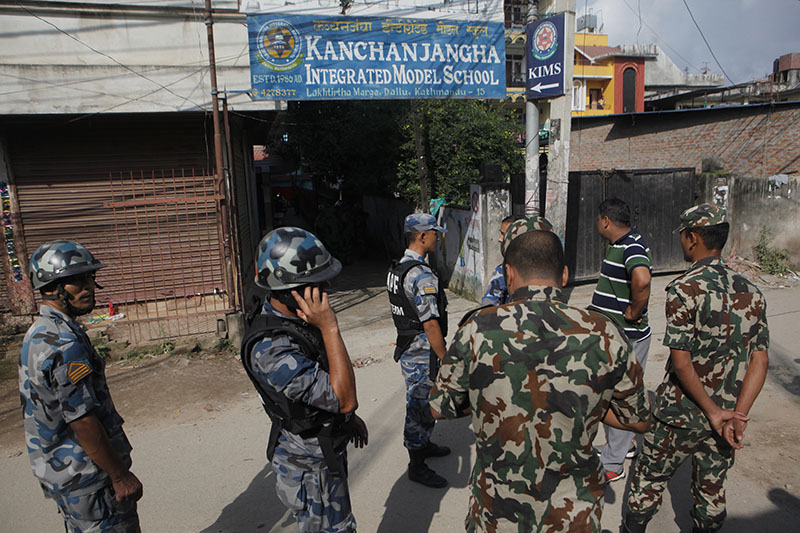 Nepali bomb squad members get ready to dispose a pressure cooker bomb which was kept inside school in Kathmandu, on Tuesday, September 20, 2016. Photo: AP 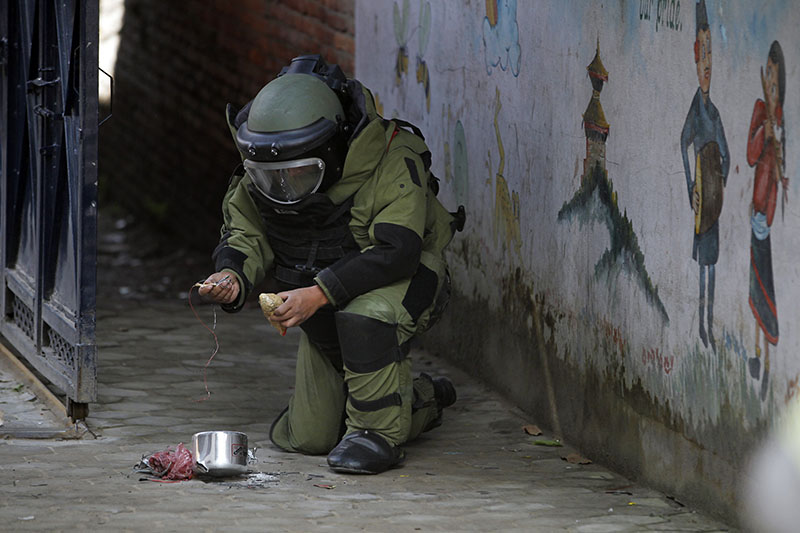 A Nepali bomb squad member inspects a pressure cooker bomb after detonating it at the school in Kathmandu, on Tuesday, September 20, 2016. Photo: AP 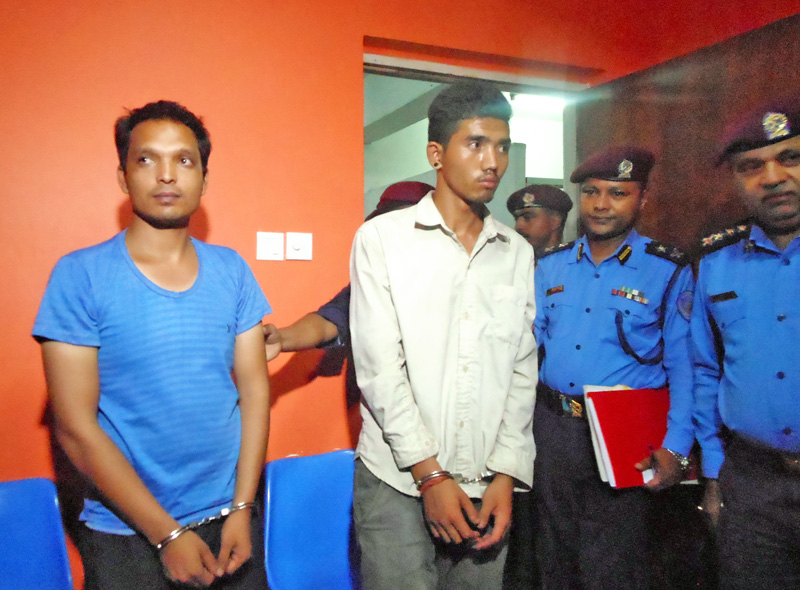 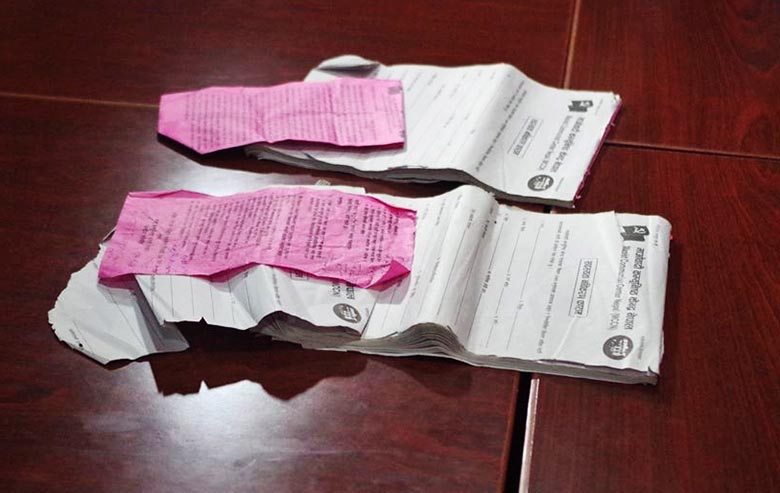 Pamphlets and letterheads seized from the possession of the suspects who allegedly planted bombs at school. Photo: MPO/Nepal Police 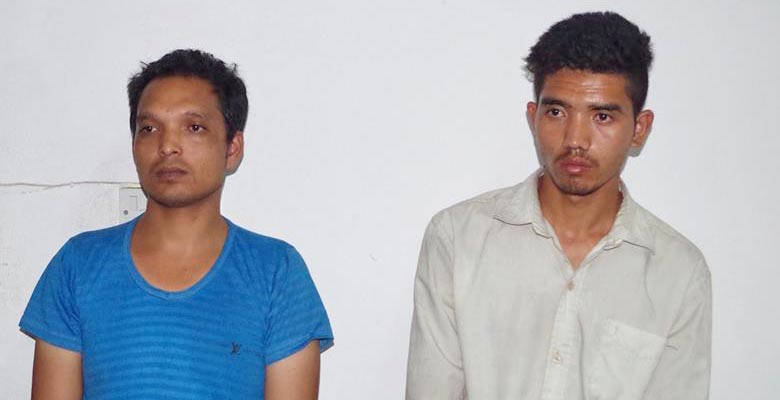 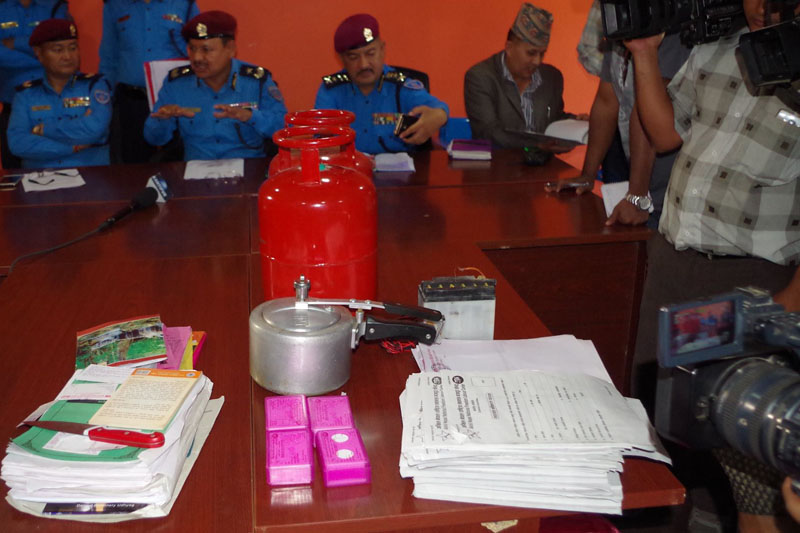