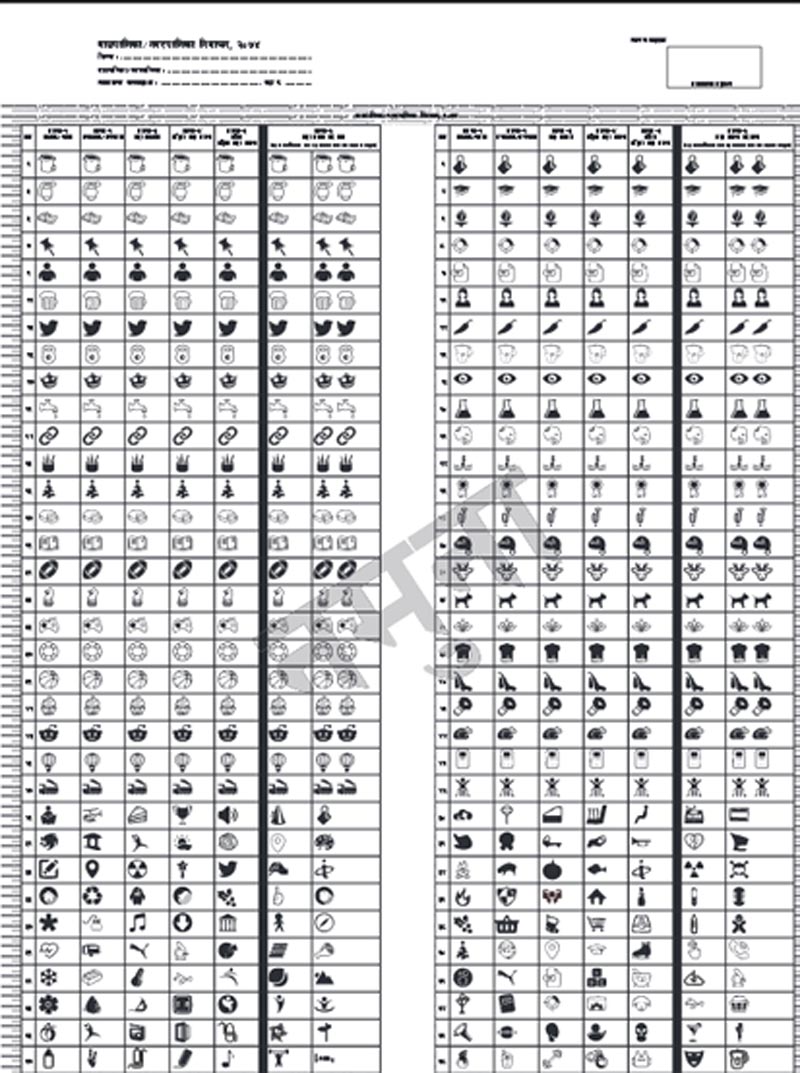 Sample Ballot Paper
LALITPUR:  Many voters complained of the large size ballot papers used during the polls today, under the first phase of local-level elections. The ballot papers for 16 districts including Kathmandu, Lalitpur and Bhaktapur were the longest with 68 different columns. As a result, many voters said it was hard for them to find the election symbol they were looking for and also to fold it before dropping into the ballot box. "I had to spend a lot of time looking for the election symbol", said Sumati Shakya, who voted at the polling centre in the Bagmati Zonal Transport Office, Ekantakuna Lalitpur. Some said they feared that the ink of the swastika stamp put on the ballot paper would blot while the paper was being folded. Sabita Timilsina, who voted at the same polling station, viewed that inks may spread and the vote invalidated while folding it. She also complained that there was a lack of voter's education for the same. Journalist Babita Basnet, who cast her vote from polling centre at Jawalakhel, Lalitpur, said that although the ballot paper was large in size, it was not so difficult to cast vote. She said that voters have been casting vote enthusiastically as local level elections are taking place after around 20 years. Similarly, another voter Bal Kumari Shilpakar, who voted at Patan Durbar Square polling centre, said that she did not face any problem in casting vote while Amirman Bajracharya complained that it was difficult to find the election symbols.
#local level elections #Nepal polls #May 14 local polls #Ballot paper size #Voters reaction in local polls
You May Also like: