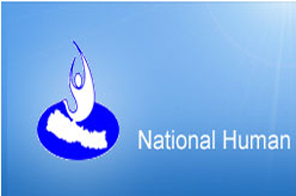 KATHMANDU: The National Human Rights Commission (NHRC) on Tuesday issued a press release denouncing the recent actions of politicians in the country.
Along with the recent political developments, the political leaders and cadres have been involved in forwarding statements which can spread hatred, animosity and violence in the society. These expressions do not only hinder the peace-process and the constitution making process but can also trigger violence in society. It is condemnable when the leaders and the cadres of the mainstream political parties in favour of the Peace Accord and Interim Constitution are giving public statements so as to assault their main spirit.
In the recent days there have been attacks targeting the offices, leaders and cadres of political parties which are retaliated by protests and strikes. These activities have heightened hostility among political parties and at the same time affected the daily life, livelihood and human rights of common people. This tendency will promote the culture of violence and ignore the culture of human rights in society.
The article 19, sub-article 3 of the International Citizen and Political Right’s Commitment Paper, 1966 has banned all types of publicity generating any type of conflict in the society. Similarly, the International Convention to Eliminate All Types of Ethnic Discriminations, 1965 has also banned all types of expressions promoting ethnic discrimination and violence.
The statements spreading hatred, animosity and violence challenge the society’s harmony, peace and security. Hence, NHRC requested all the concerned political parties and stakeholders to desist from giving any kind of expressions targeting any kind of belief, caste, ethnicity, gender, culture and geography and take the path of communication and consensus.