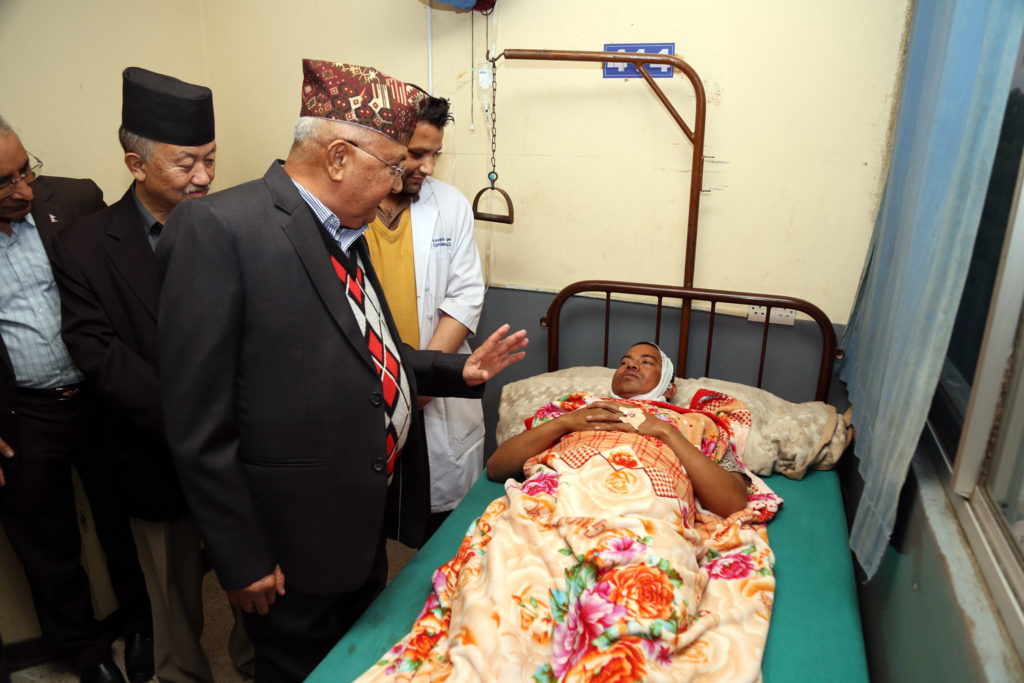 On the occasion, the Prime Minister wished Chaudhary speedy recovery and also directed the hospital not to leave any stone unturned in Chaudhary's treatment, PM's press coordinator Chetan Adhikari said. On the same occasion, talking to the Chaudhary's family members PM Oli stated that a fair investigation would be carried out regarding the incident of manhandling of Ghodaghodi Mayor and that the culprits would be brought to book CPN-UML leader and former Speaker Subas Chandra Nembang, the Prime Minister's chief political advisor Bishnu Rimal and UML central member Rajan Bhattarai had accompanied the Prime Minister to the hospital to learn about Chaudhary's health condition. An armed gang of assailants had attacked the mayor in his own house at Sukhkhad Bazaar of Kailali on March 12. He has sustained bullet and khukuri injuries to his legs, head and waist.
#PM Oli inquires about health condition of Mayor Chaudhary #Prime Minister KP Sharma Oli on Saturday visited Ghodaghodi Municipality Mayor Mamata Prasad Chaudhary #PM Oli vows action against assailants
You May Also like: