KATHMANDU: Around 35 persons from two groups -- one going to stage a demonstration at Maitighar Mandala and another about to protest near the Indian Embassy, Lainchaur -- have been detained by police for violating lockdown.

After the Indian government, on Friday, inaugurated a link road to connect India with Mansarovar of Tibet in China via Lipulekh region, a Nepali territory, various youth organisations in Kathmandu staged protests to mount pressure on the government to take necessary steps to make India return the territory.

The groups, including All Nepal National Free Students Union (ANNFSU) members and leaders demonstrating near Indian Embassy, demanded the government to take steps to stop the southern neighbour from using the road built through Nepali territory. 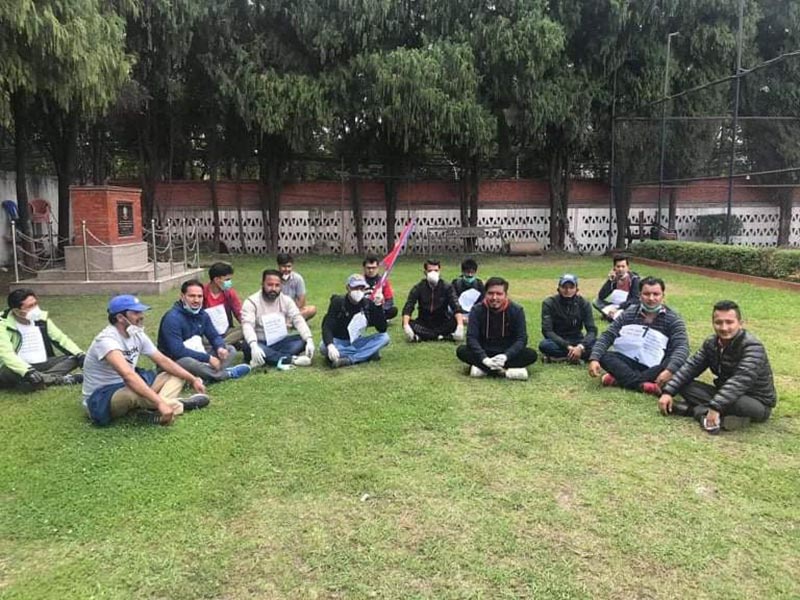 All Nepal National Free Students Union (ANNFSU) members and youth leaders sitting on the lawn on the premises of Police Club, on Saturday, May 9, 2020. The demonstrators were detained from Indian Embassy area. Photo courtesy: Mahesh Shrestha 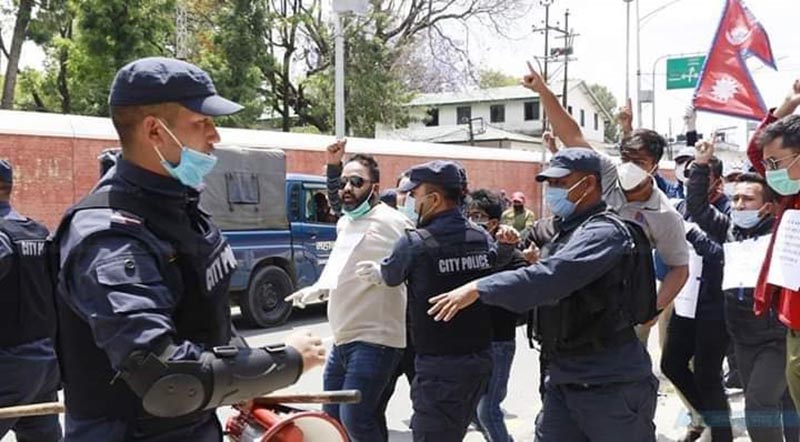 ANNFSU central secretary Suresh Parajuli, members Ashok Thapa and Mahesh Shrestha are among the demonstrators detained. They were held from the Embassy area.

According to ruling Nepal Communist Party (NCP) cadre and member of Save Border Movement, Romas Khatiwada, police arrested at least 15 demonstrators and members of organisations aligned with different political parties as they were gathering at Maitighar Mandala. Around 50 people had gathered in the area in protest.

Earlier today, both opposition and ruling Nepal Communist Party (NCP) leaders including general public urged the government to make an official statement on India’s move of opening a link road to China via Nepal’s Lipulekh.

Meanwhile, security has been heightened around the Embassy and Maitighar Mandala.