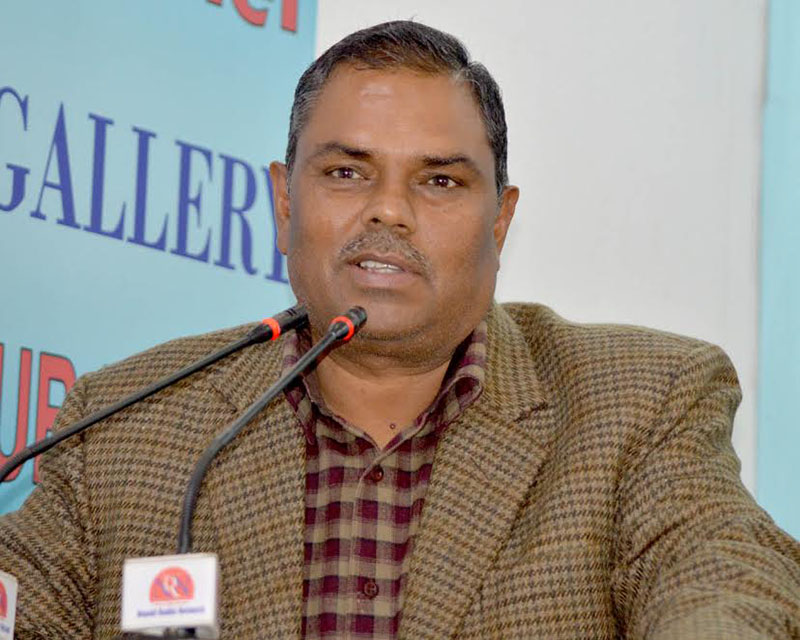 KATHMANDU: Federal Alliance coordinator and Federal Socialist Forum-Nepal Chairman Upendra Yadav has accused the two major political parties, Nepal Congress and CPN-UML, of being involved in a foul play to end achievements of democracy and federalism.

Speaking at an interaction programme organised in Kathmandu on Wednesday, Yadav further accused the NC of showing double standards.

He made it clear that the NC leaders, on the one hand, expressed opinions for the Constitution amendment while, on the other hand, they were ordering their cadres to protest against the amendment.

Likewise, the UML was protesting the proposal which was in line with what its Chairman KP Sharma Oli had agreed earlier, according to the leader.

Yadav also warned that a crisis would arise if the NC and the CPN Maoist Centre held local elections without the Constitution amendment.

He said the Federal Alliance's constituent parties would not accept if the polls were held before the amendment.

He said the forceful elections would push the nation towards further conflicts.

Saying that there was no any other alternative, Yadav stressed the Constitution amendment was a must to give a way out to the present political problem.