Valley road network to be upgraded 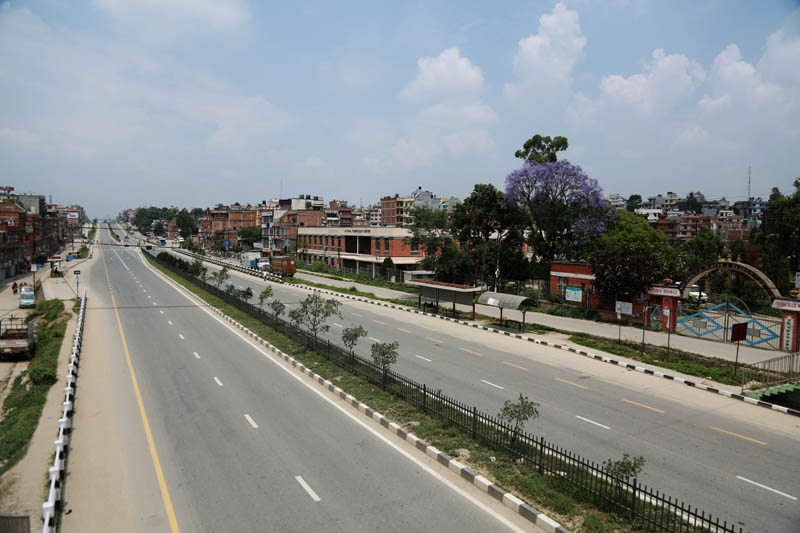 The Koteshwor-Suryabinayak road section wears a deserted look during the local polls in Kathmandu Valley, on Sunday, May 14, 2017. Photo: RSS

The Ministry of Physical Infrastructure and Transport is all set to upgrade the existing road network in Kathmandu Valley.

It is part of the seven-year project (2011/12- 2017/18) under the Kathmandu Sustainable Urban Transport Project. A report released by the MoPIT said two pilot routes would be selected to operate electric or other low emission buses for this purpose. It has also decided to conduct a detailed study to resume trolley bus service.

According to the report, intelligent traffic system, which would provide real time visualisation of traffic jams and road conditions via wireless traffic data and CCTV live video, will also be placed at 35 traffic junctions of the Valley within two years.

“Though there has been a delay in awarding the contract for the installation of ITS, the government will complete this task within the fiscal 2017/18,” read the progress report. The ITS, which is a self-adaptive system, would be able to respond quickly to changes in road conditions, modify signal policies and reroute drivers to prevent congestion.

The government will also complete construction of a seven kilometre historical heritage walk route and 15 km trekking route in KMC within a year. Bus rapid transit will be brought into operation along the 16-km stretch of Bishnumati-Link Road-Lainchaur-Dhobighat-Bagmati Corridor within five years, said the MoPIT.

The government also plans to classify around 200 public transportation routes across the Valley into three levels and prescribe the standard of vehicles plying the classified routes. The government will operate mass transit buses with electronic ticket system on primary and secondary routes with modern infrastructure.

“The government will also end syndicate system in transport sector within a year. Due attention will be paid to social and environmental aspects while implementing the projects,” it said. The Ring Road (27-km) and Suryabinayak-Dhulikhel (17-km) stretch will be upgraded into four lanes within two and five years respectively.