Apache RTR 200 to arrive by April-end 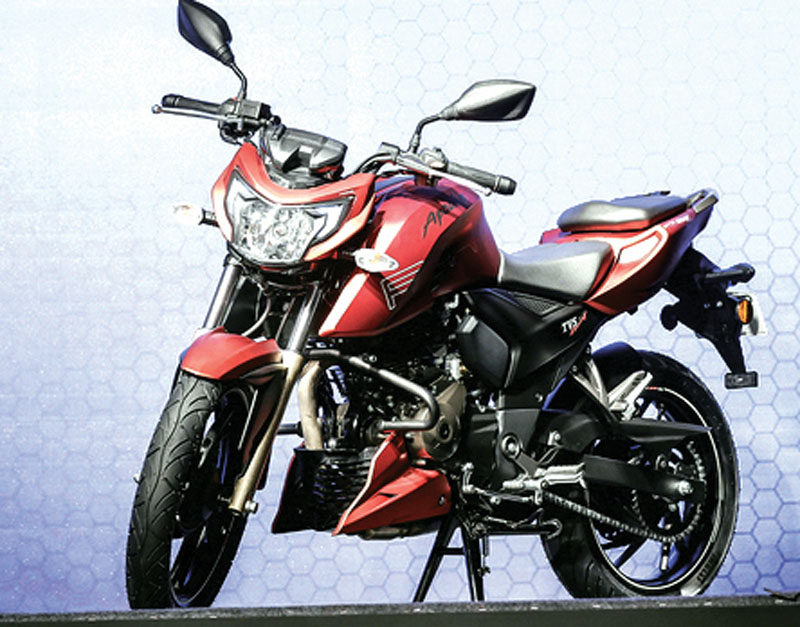 After the huge success of its preceding models, TVS has once again come up with its latest edition of Apache in the Nepali market. Jagdamba Motors, authorised distributor of TVS Motorcycles, is all set to introduce the much-awaited new Apache RTR 200 in the domestic market. According to the company, the sporty bike is expected to hit the Nepali roads by the end of April.

“With racing tuned engine, the new Apache RTR 200 delivers the fastest zero to 60 kmph in 3.9 seconds,” informed an official at the company, adding that it is the best in class acceleration. “Since the market for 200 cc and above bikes are growing in Nepal, we aim to be market leader in the segment with the introduction of this bike,” he said, adding that they aim to sell around 7,000 units of the bike within the first year of its launch in the Nepali market. According to him, the range of 200 cc Pulsar and KTM bikes are the close competitors of this bike.

Powered by a 197.8 cc four-stroke, oil-cooled, single-cylinder engine, the Apache RTR 200 produces a maximum power of 21 PS at 8500 rpm and a peak torque of 18.1 Nm at 7000 rpm. The new design racing chassis ensures flexibility and great handling for best racing performance. It ensures you the sharpest turns and while the nimble handling helps tackle any road situation be it heavy traffic or high-speed riding. The bike offers a maximum speed of 129 kmph.

The racing design split seats not only enhances the racing looks but the foam design adds comfort to both the rider and pillion rider. The aggressive looking tank cowl adds aerodynamic advantage for better performance and also provide the menacing racing looks. The bike offer an impressive ground clearance of 180 mm while its wheelbase measures 1353 mm.