KATHMANDU: Traditional stone sculptures of Hindu gods and goddesses like Ganesh, Krishna, Radha, Kuber along with Buddha became the major subjects of a recent exhibition held at Nepal Academy Of Fine Arts (NAFA).

The works of 12 sculptors of Kathmandu Valley were put on display at the traditional stone sculpture exhibition held from July 9 to 11 at NAFA as per a press release issued by NAFA.

According to Nima Ghyamchho Lama, Head of Department of Traditional Art, the exhibition aimed to provide space for the artists while recognising them and their works. 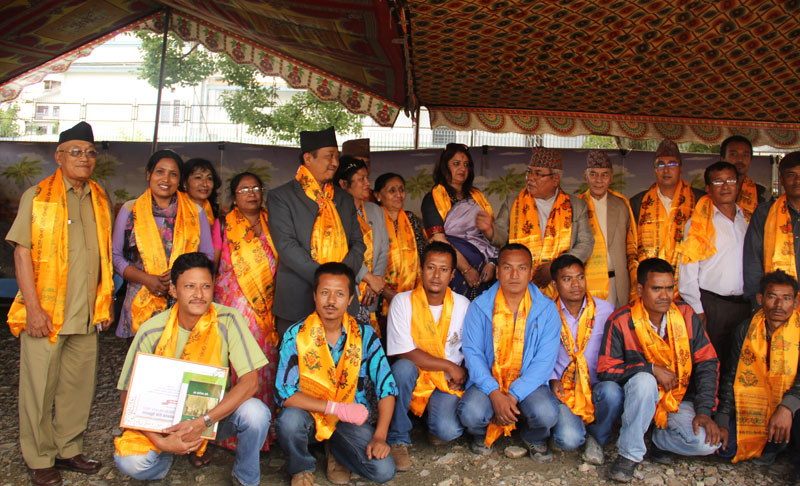 “This exhibition has opened a way to showcase creativity of the artists and it has also shown us that these artists can rebuild the art and architecture of Nepal lost due to earthquake. Thus, their skills should be recognised,” the press statement quoted Chancellor of NAFA, Ragini Upadhyay Grela as saying.

Upadhyay also talked about her recent visit to Bangladesh and informed about upcoming exhibitions at international arena to help those artists hit by the April 25 earthquake.

Meanwhile, Kripasur Sherpa, Minister for Culture, Tourism and Civil Aviation and also the patron of NAFA promised “to do whatever it takes for the protection and development of art and artists” during the opening of the exhibition.