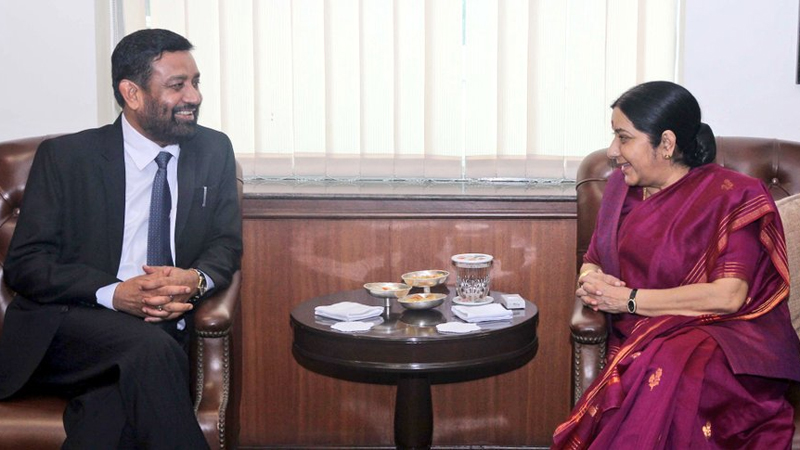 He is expected to meet other top Indian leaders during New Delhi stay.

Earlier, the Cabinet on August 11 had decided to send two DPMs --Nidhi to India and Krishna Bahadur Mahara to China as the Nepali Prime Minister's emissaries to the neighbouring countries to convey message about the new government’s priorities.

Mahara flew to Beijing on August 15 for the special mission.

China calls on Nepal parties to unite for stability

Nidhi lands in Delhi to lay ground for PM’s visit