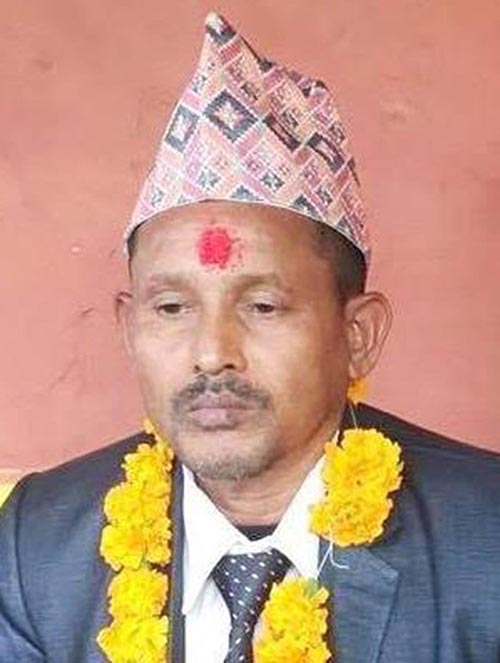 This undated image shows Ratnaman Kunwar (55), proprietor of Asam Hotelk and Khaja Ghar located at Awaroad of Siddharthanagar Municipality in Rupandehi district. Photo: THT
Bhairahawa, January 2 Proprietor of Asam Hotel and Khaja Ghar located at Awaroad of Siddharthanagar Municipality, Rupandehi, Ratnaman Kunwar, 55, has gone missing from yesterday. Kunwar, who had left the hotel to get the mixer-grinder fixed at around 9:00am yesterday, called his wife and son separately at midnight and sought their help to save him. He informed the family that he was in a forest. Family members suspect Kunwar might have been kidnapped. Kunwar has two sons and wife. He has been operating the hotel for the past 12 years in Bhairahawa. He is originally from Shreeknag of Falebash Municipality, Parbat. His eldest son Rajesh is employed abroade  and his younger son Rajan studies in Kathmandu. After his father called him seeking help, Rajan came to Bhairahawa from Kathmandu. “Father called me at around 1:00am today and said he had been blindfolded and taken to a forest. It seems he has been kidnapped,” Rajan said. “Soon after this conversation his mobile phone was switched off,” Rajan said. A family source said Kunwar did not have animosity with anybody. Family members have filed a missing complaint with Rupandehi District Police Office to find out Kunwar’s whereabouts. SP Hridaya Thapa said police had started search operation. Police personnel have been deployed at various places for the purpose, said SP Thapa.
#Rupandehi #Siddharthanagar Municipality #Rupandehi hotelier #Asam Hotel and Khaja Ghar #Ratnaman Kunwar #Missing hotelier
You May Also like: