One killed in wild elephant attack in Sunsari district

DHARAN: A person lost his life in a wild elephant attack at Koshi Katan area near the Koshi Wildlife Reserve in Sunsari district on Tuesday.

A wild Makuna elephant from a nearby Koshi Wildlife Reserve has been seen at the local settlement in recent days and has killed two persons including one today in fifteen days.

As many as 24 persons have lost their lives in similar incidents in last four years. 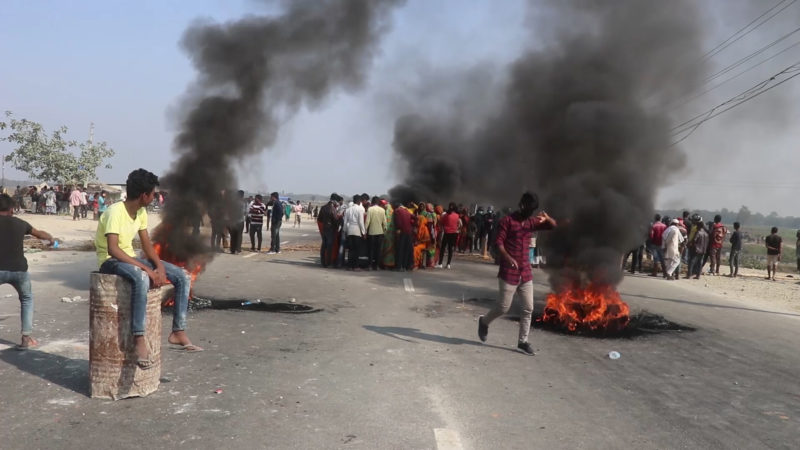 Locals even halted vehicular movement along East-West Highway in protest against the local administration for not taking any effective preventive measures to prevent such incidents.

The locals prevented the police from removing the victim's body from the highway in an effort to resume traffic. Demonstrators continued their protests demanding that the wild elephant be taken care of by authorities.

Later, the protests ended as an agreement was reached to initiate compensation to the victim's family, effective management of the elephant, recalling of technical team along with doctors, taking effective measures and installing concrete solar fencing in the area.

The victim, who was reported missing since Monday evening, was found motionless by the locals next morning at Katan in the area.

Although the government has allotted Rs 1.05 million as compensation to the victim's family for death related due to wild animal attacks, locals have been asking authorities to find a preventive solution.

#wild animal attack #Koshi Wildlife Reserve
You May Also like: