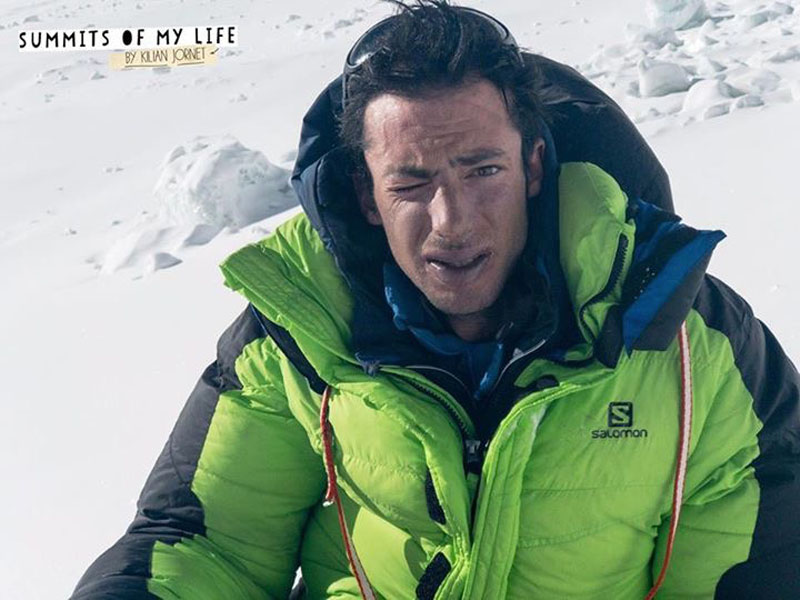 Spanish climber Kilian Jornet in Mt Everest region on Sunday, May 28, 2017. Photo courtesy: Summits of My Life/Kilian Jornet Facebook
KATHMANDU: Spanish climber Kilian Jornet summited Mount Everest twice in a week without using supplemental oxygen, a statement issued by the climber said. For this ascent, Jornet left on May 27 from Advanced Base Camp (6.500m) and it took him 17 hours to the summit on a very windy day. From there, he returned to the Advanced Base Camp where he is resting with Seb Montaz. Earlier, famed alpinist scaled the world’s highest peak from Tibetan side in a single attempt without the help of bottled oxygen or fixed ropes at midnight of 21st to 22nd May. Over the past six years, Jornet has travelled around the world setting climbing records on the world’s most iconic mountains. He began on Mont Blanc in 2012 and since then has climbed mountains in Europe (Mont Blanc and Cervino), North America (Denali) and South America (Aconcagua). READ ALSO:
#Mount Everest #Kilian Jornet #Spanish climber #Advanced Base Camp
You May Also like: