‘Three tiers of govt should work together’ 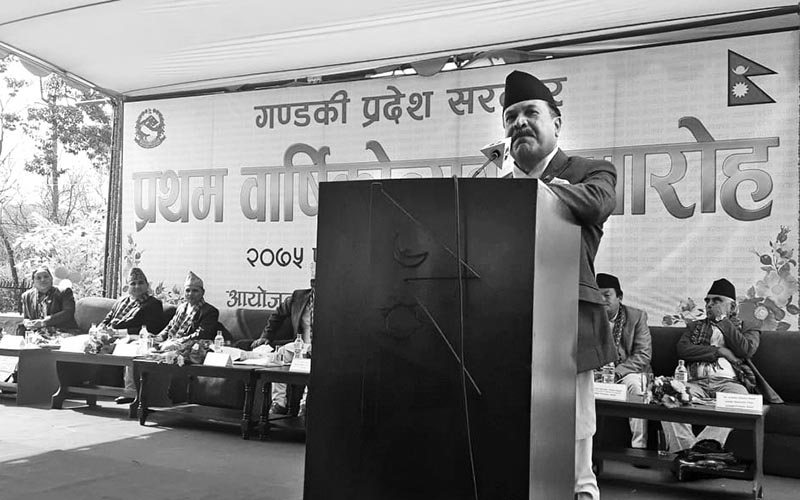 Gandaki Province Governor Baburam Kunwar today said all three tiers of the government should work together to meet the expectation and needs of people.

Addressing at a programme organised to mark the completion of the first year of the provincial government in Pokhara, Kunwar held that government and people’s representatives should not blame one another for poor performance of the government.

Noting that people had high expectation of the government, Kunwar said that the province government and local levels could not make people wait for a long time. “People’s representatives now cannot give any lame excuses for not being able to bring in development in the country,” he added.

Kunwar urged all three levels of the government to commit to fulfil people’s needs and aspirations. “We should not delay development. Work must be expedited to bring change in people’s lives,” he stated. Gandaki Province Chief Minister Prithvi Subba Gurung said the federal and provincial governments were implementing federalism smoothly.

“Many countries saw conflict and war during the implementation of federalism, but we are implementing the new system without any hurdles,” Gurung said, adding that it was time for the government to focus on development.

#Gandaki Province #Three tier of government
You May Also like: