In Madame Bovary, a novel by Gustave Flaubert, there is a conversation between Monsieur Leon and the eponymous heroine (Part Two, Ch-2) where Mme Bovary says: “Do you not feel that the mind drifts unfettered upon the immensity (sunset by the sea), where contemplation raises up the soul, and feeds a feeling of infinity, of the fabulous”, to which Leon replies: “Such sights as these (the poetry of lakes, the magic of waterfalls, the gigantic sight of glaciers) must be an inspiration, an incitement to prayer, to ecstasy!” 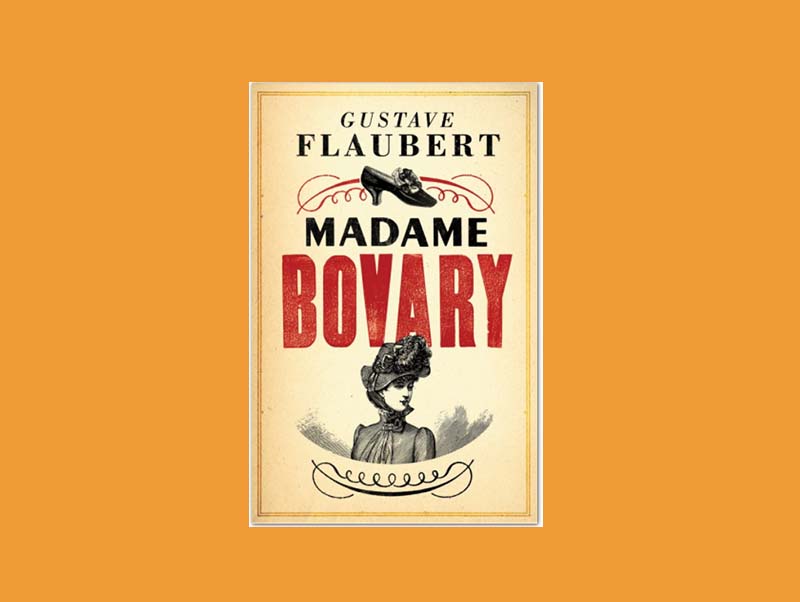 Image courtesy: almabooks
On a few occasions, always by sheer chance, I was brought face to face with such scenes, which Flaubert calls ‘imposing’. It was twilight time when the conversation with Hugh and Colleen Gantzer drew to a close at their Ock Brook cottage, hidden from public gaze by the curve of the mountain and oak, pine, deodar trees, a sharp bend or two below the Hotel Padmini Niwas at Library Stand, Mussoorie. The steep path back to the hotel was not known to me as I had arrived there following a roundabout route. Moreover, past twilight, in this Himalayan terrain, footfalls of wild animals were quite common. Hugh, a world-renowned travel writer, knew my plight, and without my asking him, accompanied me up the zigzag slope till the point from where the hotel was clearly visible. As we came through the gate of his cottage, and reached the first bend on the path, my eyes widened in amazement. Just beyond, through the silhouettes of trees at deepening dusk, I could see sweeping vistas of transcendent beauty. There was a stunning array of blinking dots and winking icons of light across a seemingly infinite stretch circled by wooded hills, against a backdrop of a fading fast winter-line at the horizon. I had seen the brilliance of a starry sky in the movie Titanic, but I wondered how I could see the sky looking not up but down from a height! It was resplendent with beckoning beams that caused a separate entity from within come floating out of the body and merge with an otherworldly dimension. The silence of this divine setting was all-encompassing. Hugh could see I was wonderstruck. Being a nature-worshipper himself, he let me be and in a soft whisper said: ‘Doon Valley’. We lingered there only for a few minutes as the image got emblazoned across the gateway of my heart in a way that it’d never come unstuck as long as I breathe. Doon Valley can be sighted from many different points in Mussoorie. But the view of the valley from outside Hugh’s cottage (which remains, blissfully for the Gantzers, out of casual tourists’ reach) can make you unaware of the time passing.
#Madame Bovary #Gustave Flaubert #imposing scene
You May Also like: